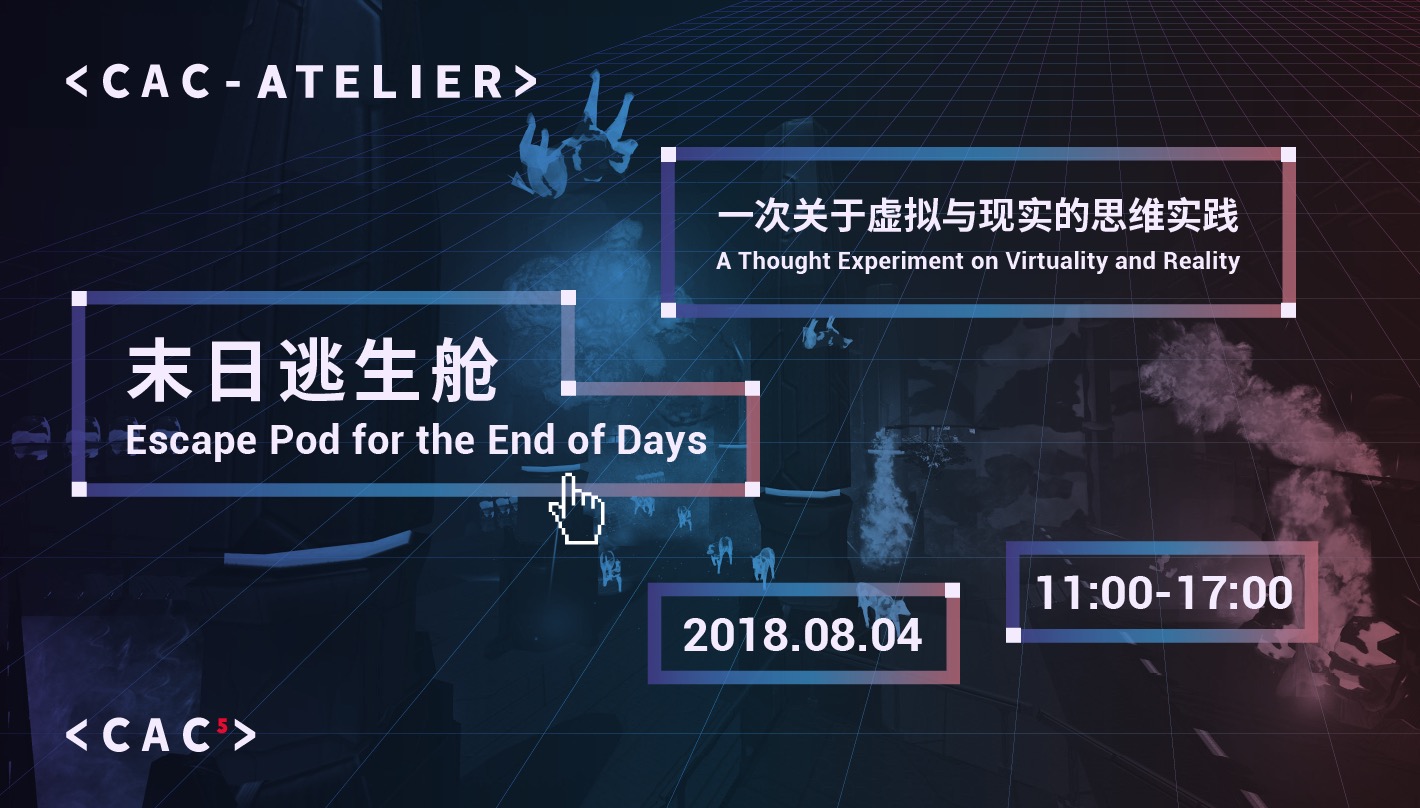 Join CAC Membership to enjoy 40% off!

When you wake up in an escape pod, you want to send a warning to the future, but you’ve forgotten how to signal danger......

Once rapid technological developments are made into a product, their internal logic is inevitably subsumed by commercial rhetoric, which creates a kind of black box. The artist’s role is not to develop new technology, nor is it to merely supplement that technology. This workshop’s dual orientation encompasses ways of thinking about virtuality and reality by learning about the technology of virtual reality (xR: AR, VR, MR) and its practical application using the interface Unity, as well as experiencing and analyzing how such artistic practice provokes real-time, bodily “hallucinations.”

This workshop is designed for those with no prior knowledge and will thoroughly explore virtual reality, augmented reality, and mixed reality and seek the heterogeneity and homogeneity among them. At the same time, we will compare the VR technology with traditional technology and study the differences behind various xR platforms. Each participant will design a xR-based Escape Pod developed from their own imagination and the sci-fi storyline provided in the workshop and then create it using Unity.

Introduction:“Technology as Author,” and basic formations of technological ways of thinking

Technical analysis, comparison and study of the differences behind various xR platforms

Design the elements of the Escape Pod

Producing the pod with Unity

I. Importing the 3D model into Unity and adding materials

Controlling the movement of characters

Importing scenes from Unity into StreamVR and adjusting it to accommodate VR optics.

The End of Days Escape Pod takes off!

About the Workshop Leader

CHEN Baoyang (b. 1989) is an artist who works at the intersection of art and technology. He graduated from Columbia University with a master's degree in 2016. Chen's artistic practice originates from his thinking that technology is more than just a way of making art and can now be seen as an artistic collaborator. He often hacks technology by using it in ways other than its intended commercial applications, which coincide with and further his creative thinking. He also writes about "Technology as Author." By synthesizing our collective experience with ontological and ethical questions surrounding technology, he examines the boundary between us, machine, and beyond, between perceptual and embodied space. His working tools include self-coded algorithms and innovative technics, which can create extremely chaotic surfaces; nevertheless, a certain order emerges from the effortlessness with which they are constructed and remains there. He uses computational formulae to create new forms based on pre-existing images. In his work, he continually evokes the concept of the “impossibility of improvisation” – variation arises from standardization, and this has been essential to his creative thinking and practice.