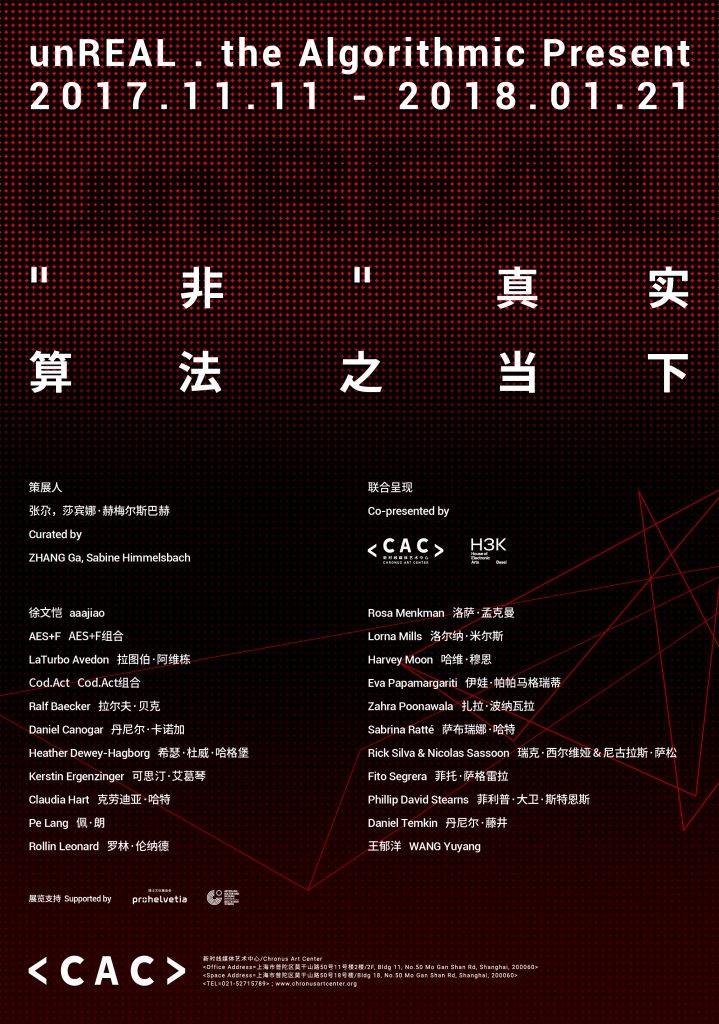 Art has always been a testbed for a notion of the real. In contemporary art of the last fifty years, the concept of real has often been characterized as an embodied engagement of social transformation and an imagined utopia against a pictorial formalism. With the advent of mass consumption of the internet and the ubiquitous deployment of digital devices, a technologically constructed time-space has largely reshaped our concept of temporality and spatiality, work and play, politics and economics. Reality thus takes on a new level of complication that resists any easy categorization and signification.

unReal. the Algorithmic Present is an exhibition that attempts to confront the digital present through the very means of technological intervention both as critical examination as well as alternative prospects. The twenty-three works in the exhibition by international artists underscore the often-hidden materiality of bits and bytes, bringing to the fore the algorithmic processes that constitute our digital present. 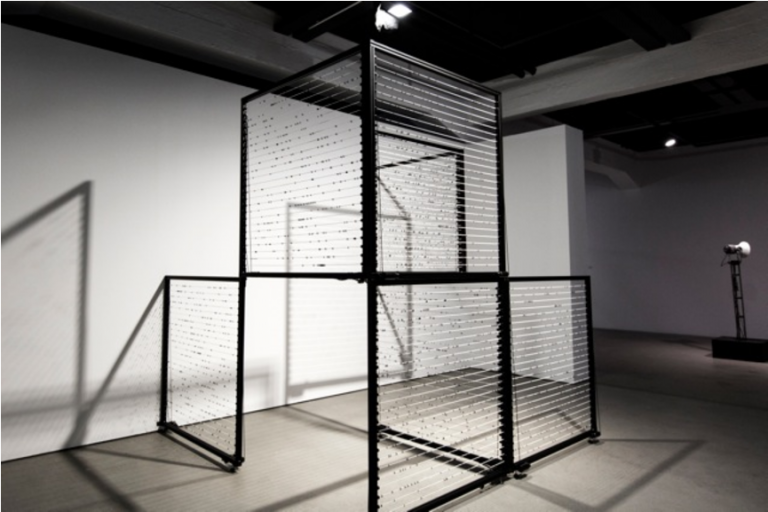 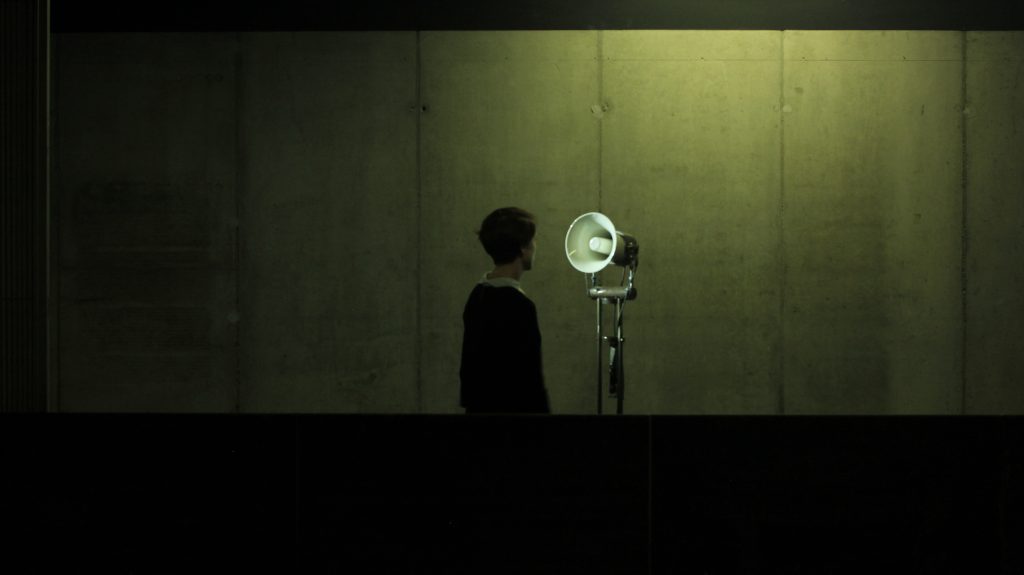 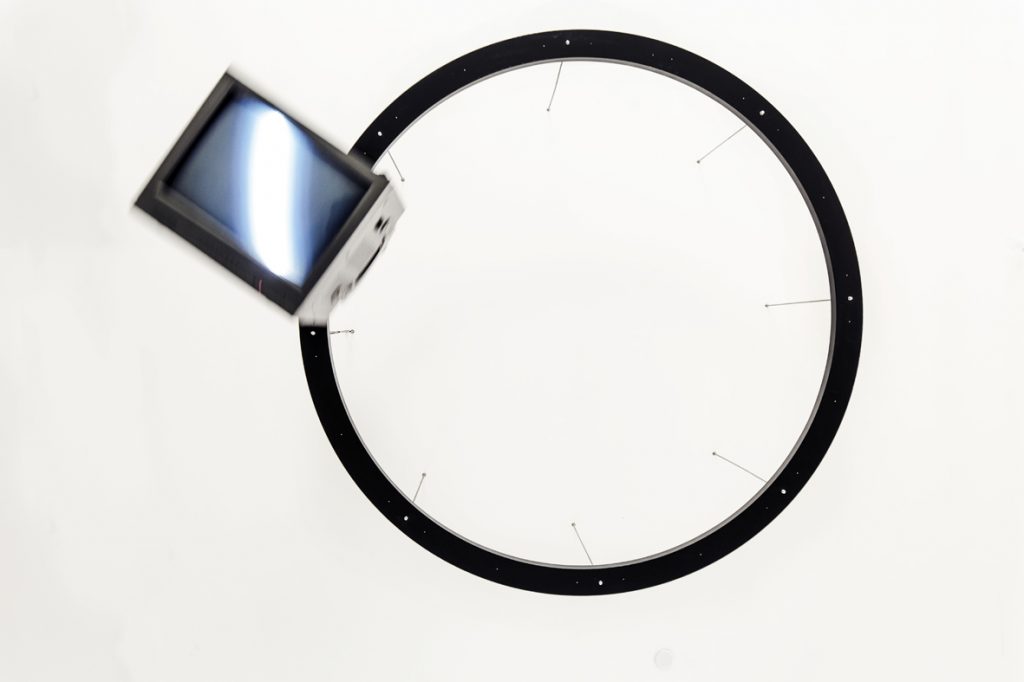 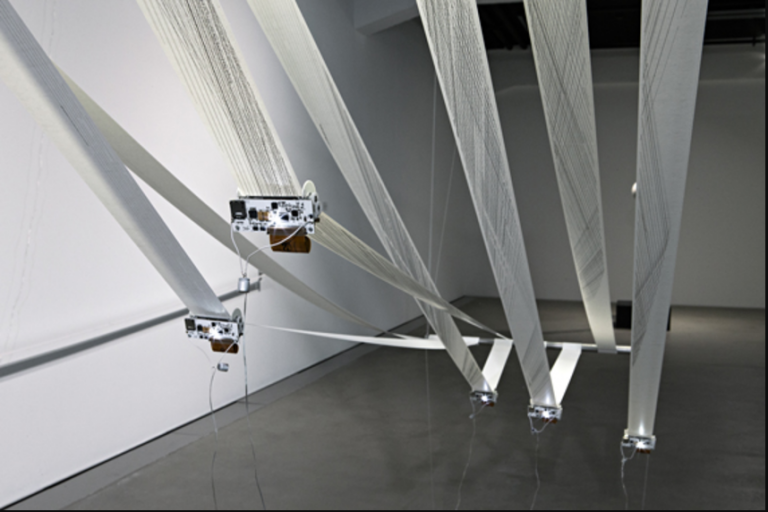 Some of the works have been specifically realized for the context of the exhibition such as the new kinetic work πTon/2 by Swiss artist duo Cod.Act. Other Swiss artists presented in the exhibition include Pe Lang and Zahra Poonawala. Pe Lang expands his series Modular three dimensionally while the animatronic The Fool's Ballad by Poonawala is at once a work of humor and evocation of machinic sensibility. In Aura, Chinese artist WANG Yuyang creates a mesmerizing installation cycling the returning force of life in a light arch both virtual and solid: as if a receded patina giving way to the new aura of eternal repetition of the digital now. In the work of the German artist Kerstin Ergenzinger's Wanderer, small thermal printers dynamically generate a drawing in the exhibition space. With 1+N chairs, Colombian artist Fito Segrera pays tribute to conceptual artist Joseph Kosuth's iconic work through an artificial intelligence twist. The Small Data series by Spanish artist Daniel Canogar shows collective memories of old electronic devices such as mobile phones, hard drives or remote controls. In the installation Interface I, German artist Ralf Baecker sculpts emergent behaviors by juxtaposing systems transversal to one another inspired by the earth's changing magnetic field while the Chinese artist aaajiao conjures up computer-generated landscapes and objects. The work Stranger Visions by the American artist Heather Dewey Hagborg has caused a stir worldwide by fabricating facial reconstructions based on DNA traces from public places. 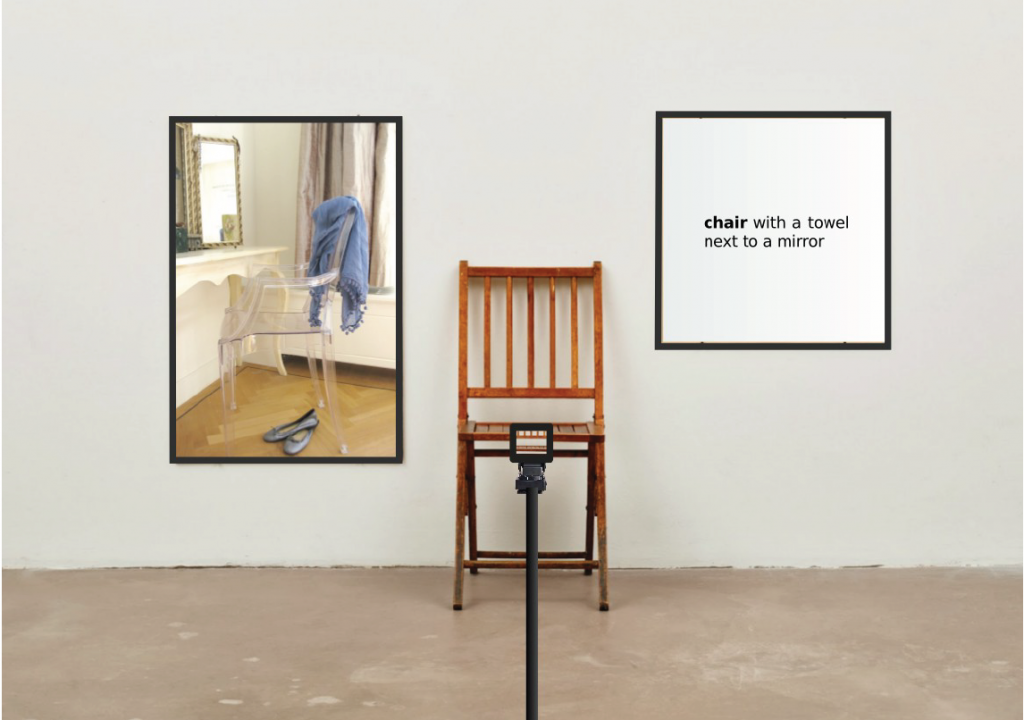 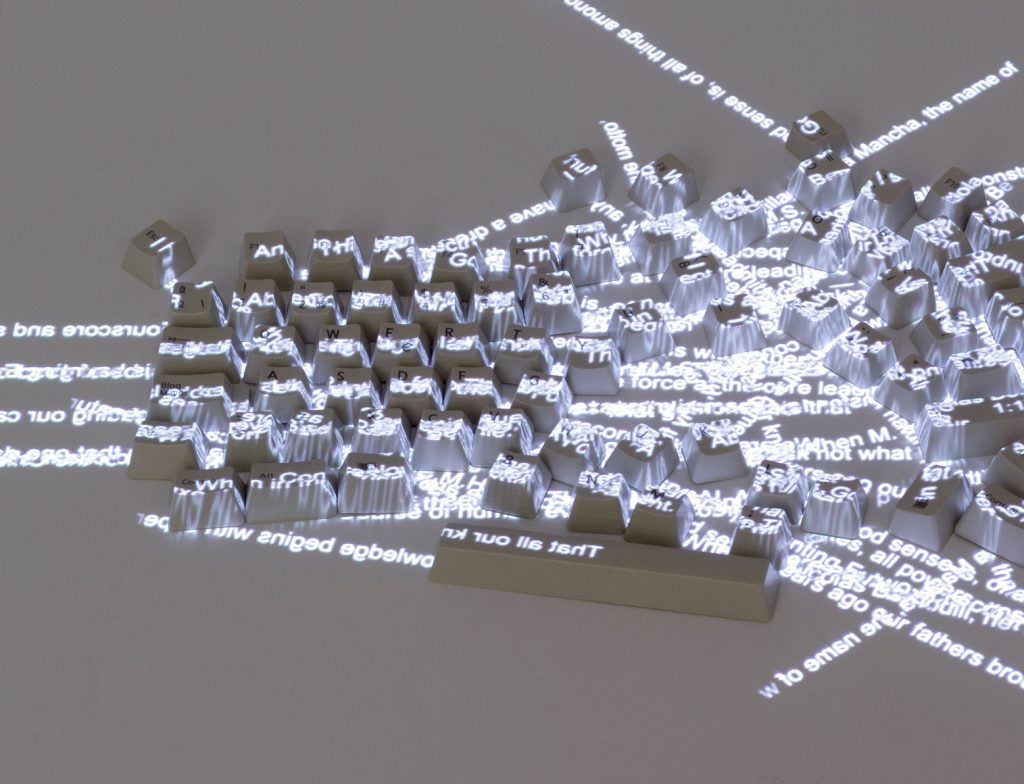 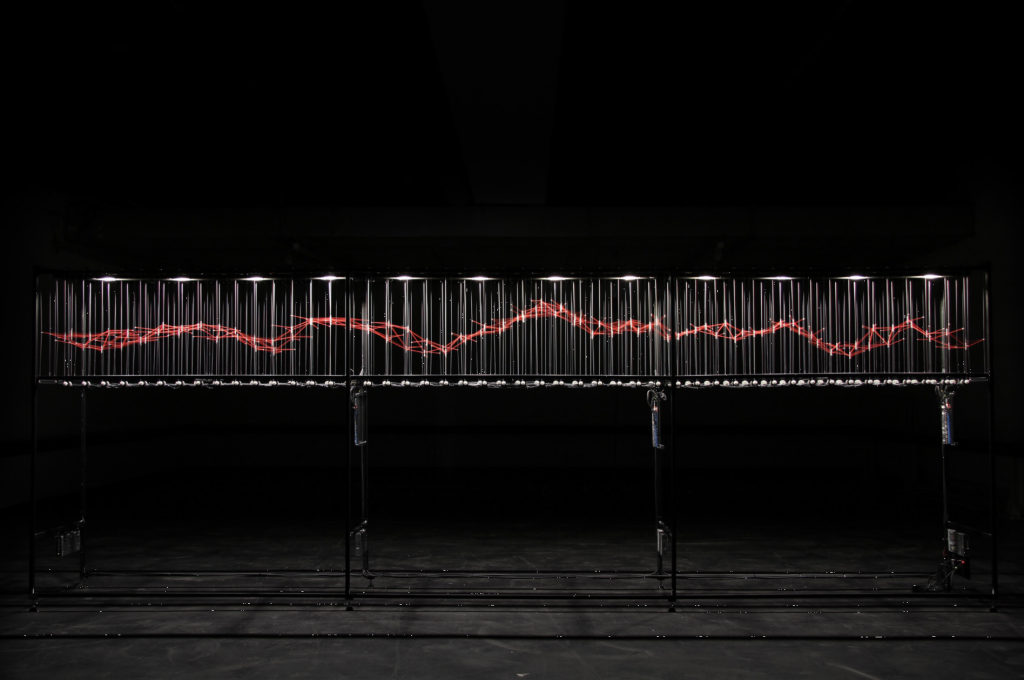 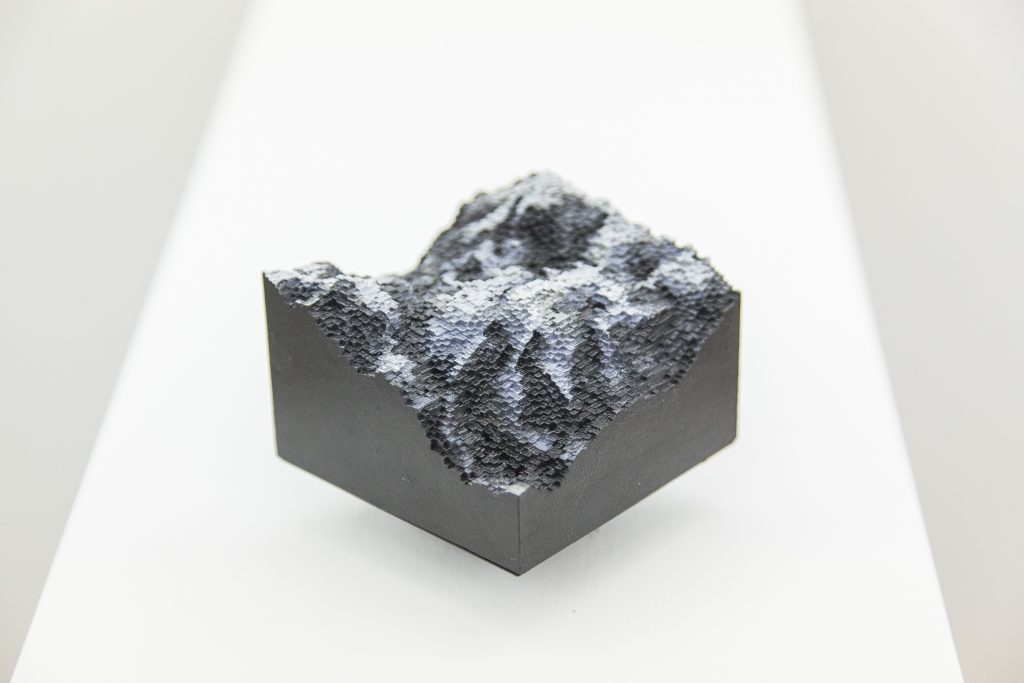 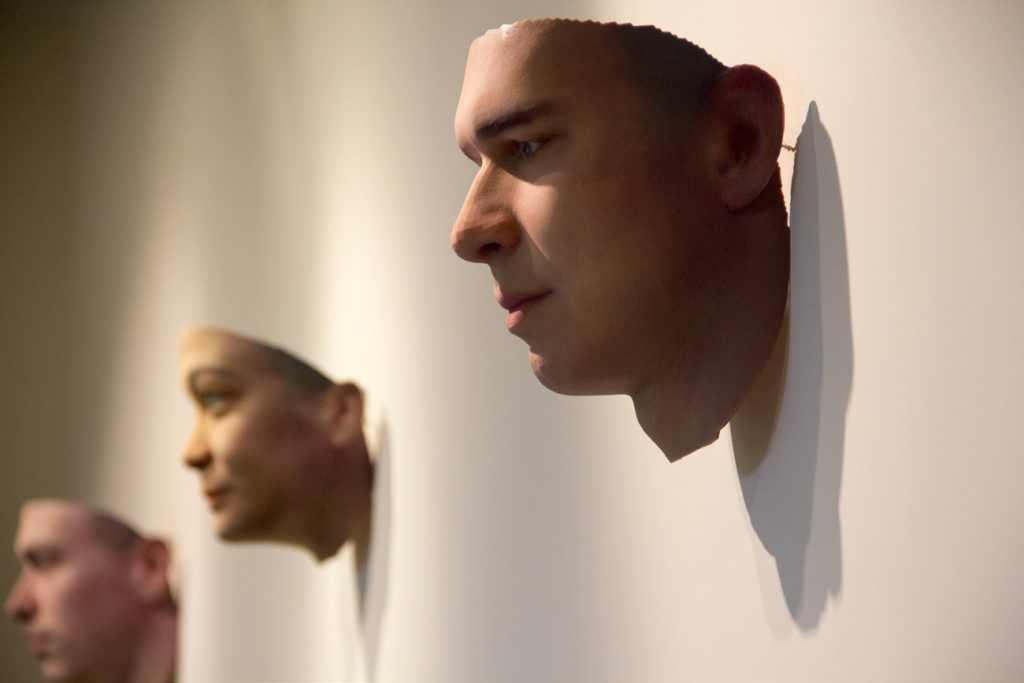 By revealing the mechanisms and means of digital processes in poetic installations and immersive projections, the works in the exhibition make apparent a new reality that situates itself in the materiality of media informed by data fluxes as the core of contemporary experience. In imagining new temporal-spatial modalities and through radical sensorial embodiment, the exhibition also manifests that the politics of the real no longer lies only in the sphere of the social but also alludes to who has the ownership of this new reality that is constructed by the materiality of bits and bytes and the algorithmic power of the digital.

The installation works of the exhibition are supplemented by the project TRANSFER Download which was conceived as an immersive environment. A dozen works of art from virtual reality and algorithmically generated video pieces to web-based works are presented in a video installation. The program for this installation was designed by TRANSFER Gallery in New York and adapted for the exhibition at CAC.

The exhibition unREAL is a coproduction realized in partnership with HeK (House of Electronic Arts Basel). It premiered at HeK from June 7 to August 20 2017 before its presentation at CAC from November 11, 2017 to January 21, 2018.

* The exhibition at CAC is supported by ProHelvetia Shanghai, Swiss Arts Council & Department for Culture and Education of the German Consulate General Shanghai.