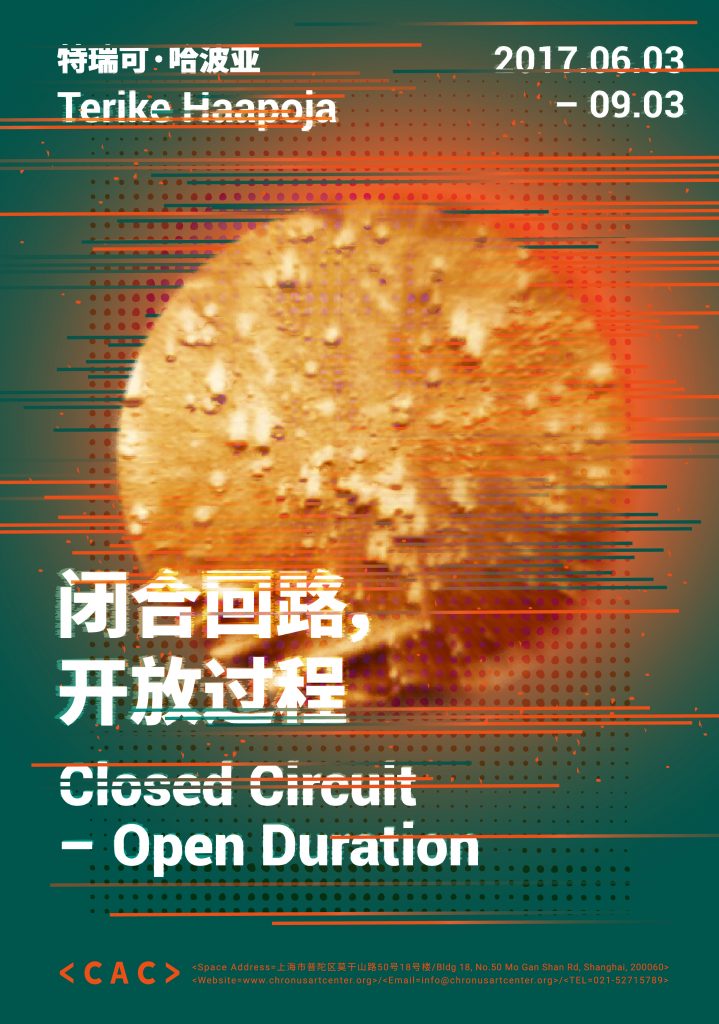 Curator's forword: For an Umwelt of the New Common

Chronus Art Center (CAC) is pleased to present Closed Circuit – Open Duration, an exhibition by the Finnish artist Terike Haapoja. Closed Circuit –Open Duration is a large-scale installation that consists of several overlapping works that can be exhibited in different combinations. The work uses soil, plants, light, sound, video and various scientific research media such as carbon and oxygen sensors for looking into different aspects of human-nature relationship. Together these works create a garden in which organic, digital, electronic, human, non-human processes overlap. The viewer becomes an inhabitant of the garden, as he or she wonders through different spaces and sceneries. Mortality, communication, otherness inside us as well as surrounding us become the themes of the exhibition.

Throughout the 20th century, our view of nature has always been fixed on the reductive materialism of dominant natural sciences. In this view nature, in essence, is something external to consciousness, something that can be reduced to mere matter, particles and electro-magnetic forces, while interiority and mind have been considered merely shadows of the real. Technologies pertaining to natural sciences, the media through which our knowledge of nature is produced, carries in itself these ideologies, based on calculations and modelling, these technologies can only access the materiality of the world, not its mind. Still, the same science has forced us to question the principles of this basis. As recent discoveries in the fields of animal studies, microbiology, ecology or multiple other fields of research show us, the world is more of a complex process in which body cannot be distinguished from mind, or human life from that of other species. Echoing the traditional wisdoms from around the world, this acknowledgement is perhaps a new possibility for the lived, bodily experience to re-claim its significance in understanding the world.

In the core of Closed Circuit – Open Duration is a concept of a world not structured by subjective human minds surrounded by unconscious objects, but of a world of relations and of meanings. In this view, “scientific” technologies are not somewhere outside this world but imbedded in it, the same way the technologies of trees or of other species are imbedded in our shared reality. They are interfaces through which we gain knowledge and interact with the world, but never simply boundaries between mind and matter. The installations investigate the ways by which we can perceive the world beyond our senses, and seek for possibilities for interaction between human and non-human world. The works use methods of environmental research to realize this interaction; different elements, such as the circulation of C02, sound waves or changes in light, merge into the same process with the movement of the viewer.

The single-channel video work Anatomy of Landscape shows a painting-like image made from live plants, while the technology necessary for preserving life inside the painting is visible from the other side of the painting. Community, a 5-channel video installation, shows the disappearance of the figures of different animals deceasing, as seen through the colorful images of an infrared camera. On the wall a quote from Marguerite Duras' essay Writing depicts the death of a fly, with sentences emerging and disappearing. Dialogue, an interactive installation in which the CO2 breathed out by the visitor activates the light system and small measuring chambers attached to the trees, presents an audible dialogue between human breathing and the plants’ photosynthesis process not only as a physical process but also as a form of communication. Inhale-Exhale, a durational sculpture for soil and CO2 breathes out carbon that is released from dead matter. Another single-channel video work Succession shows a recording of the growth of bacteria on a canvas that is pressed against the artist’s face, the portrait becomes visible as colonies of bacteria emerge.

An underlying theme of the exhibition is that of mortality: the emergence and disappearance of meanings, of minds, of interiority: of worlds. Our relationship with nature and with death grows from the same roots: from the foreign realm of a world beyond our own subjectivity. In that sense, death is nature, for us: they merge into each other as one force that threatens our existence. But neither nature or death are exterior to us: only when we understand nature as mere matter can we make such a divide. We live nature as we live death, in our bodies, on every breath. When working with scientific media, these tools that carry in themselves the traces of a reductionist mode of thinking, it is essential to not just repeat and thus amplify this tendency. Instead, the place of art is to build bridges between lived experience and systems of knowledge. It is not enough to show the workings of carbon in the ecosystem: we need to try to see what does CO2 mean to us, how does it work its way in our own inner reality, in the reality of love, bodily being, and our own mortality. 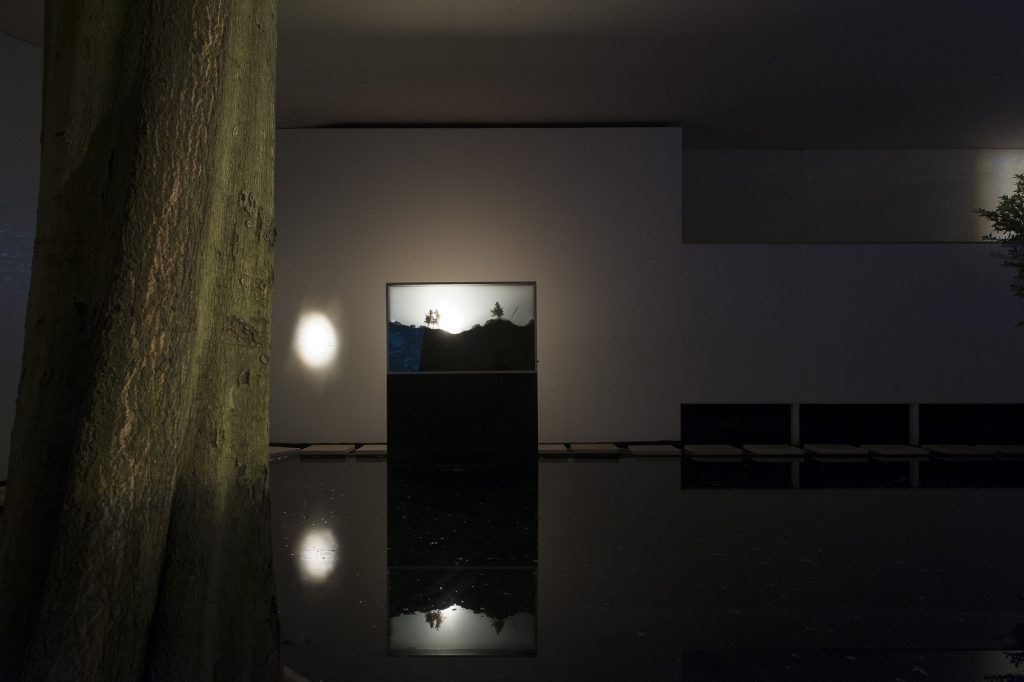 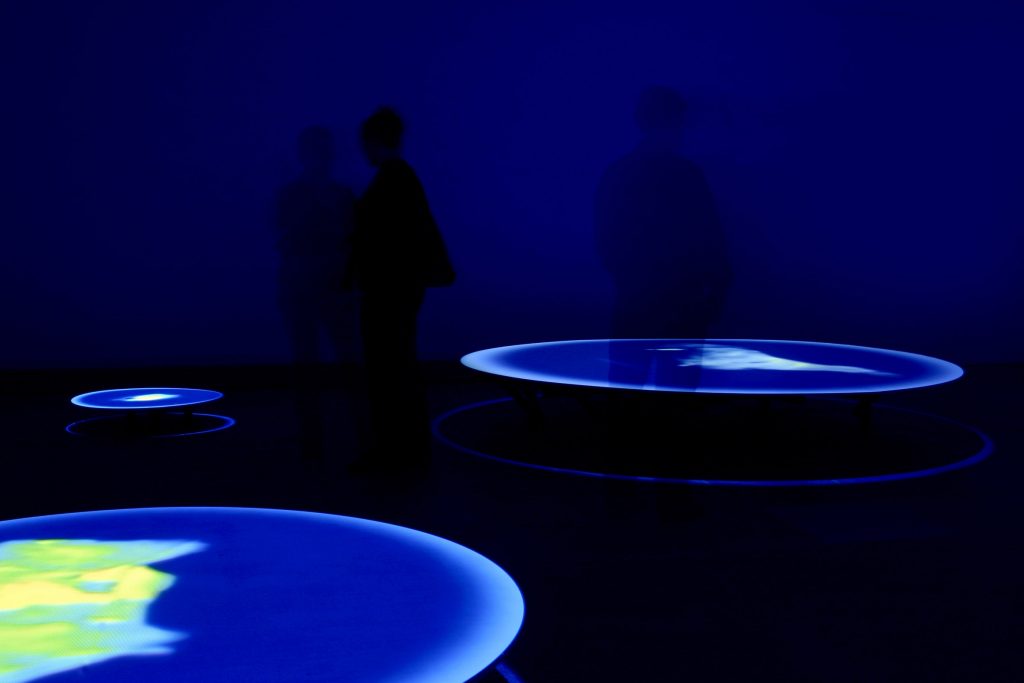 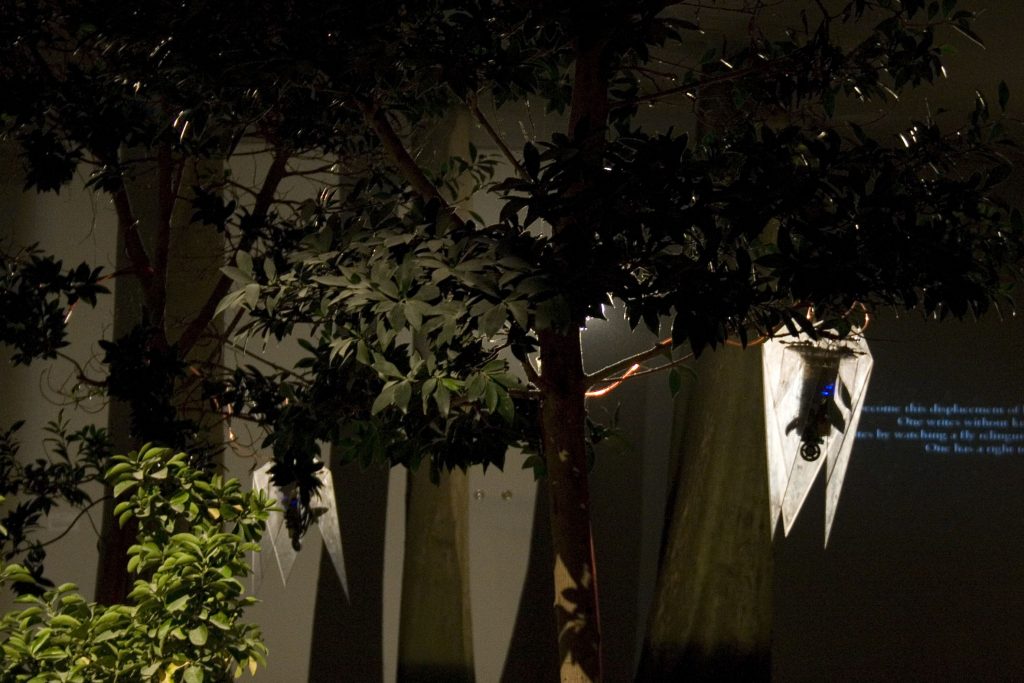 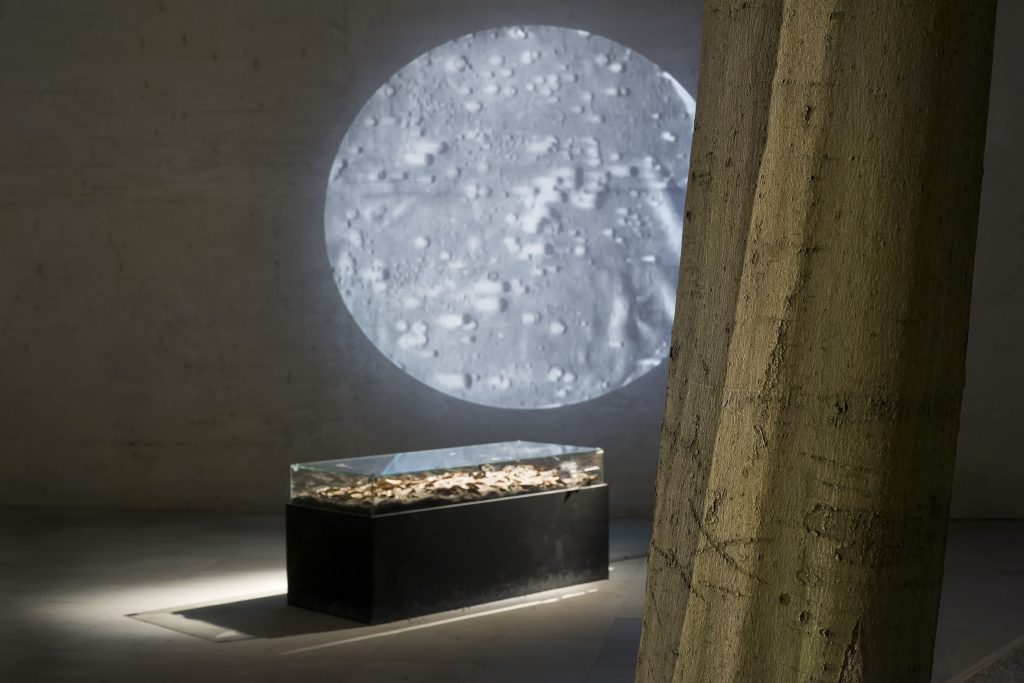 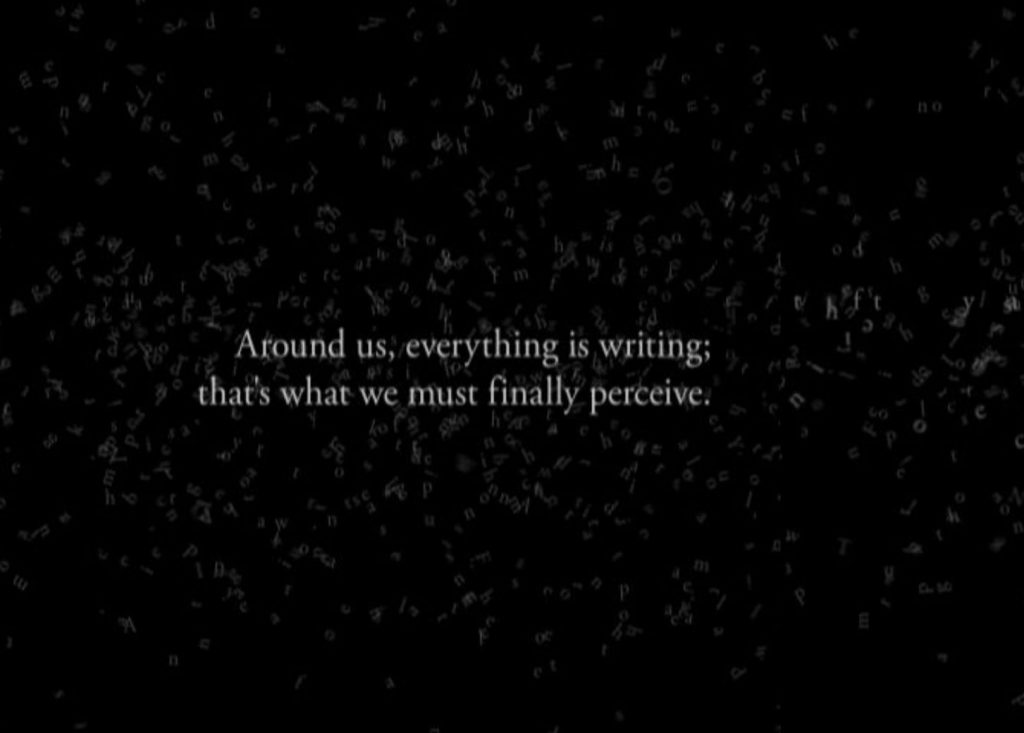 Closed Circuit – Open Duration is the title for a series of works that were first exhibited in a solo show in Helsinki in 2008, and have since been shown in different variations in Finland and internationally, most recently in the Nordic Pavilion at the Venice Biennale in 2013. The exhibition is built site specific into each location, thus this edition is a site-specific adaptation to resonate with Chronus Art Center's space.

*The making of the works included collaboration with environmental researchers, and professionals from the fields of biology, computer programming and technology. The works were realized together with a technical group. 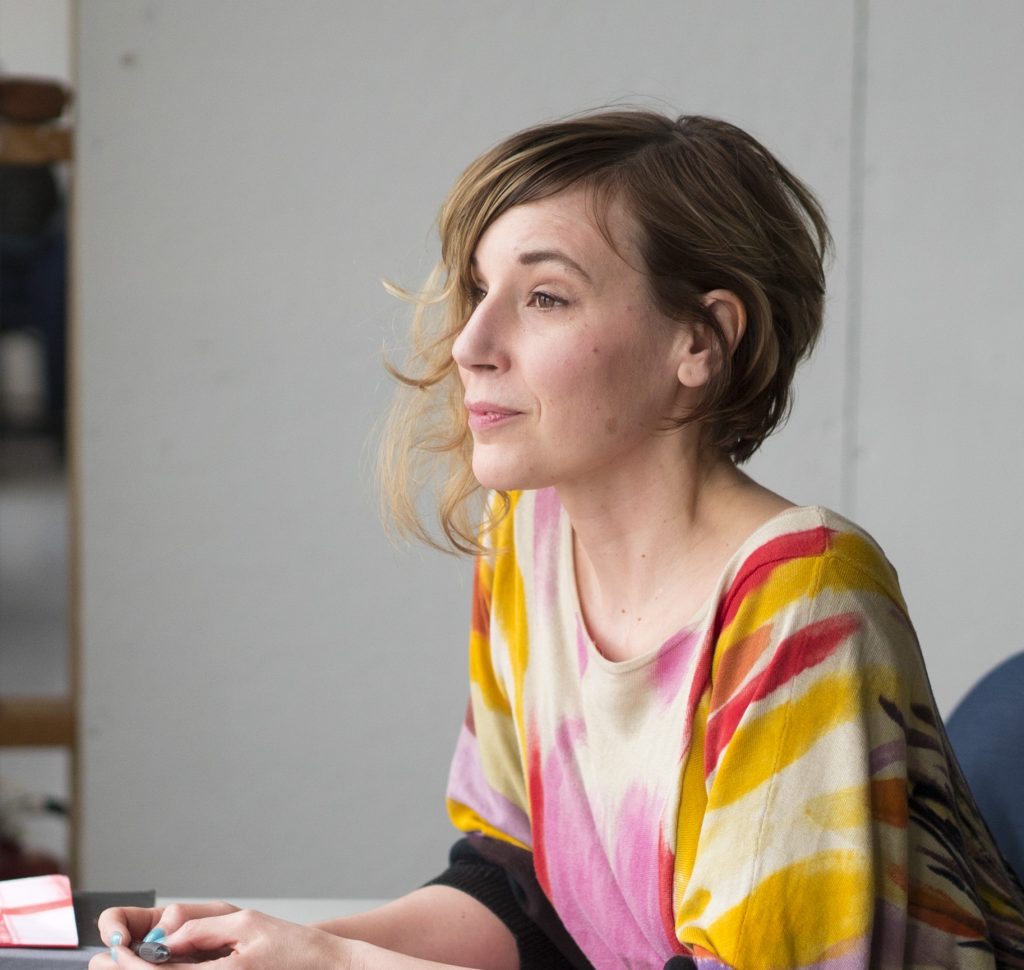 Terike Haapoja is a Finnish visual artist based in New York. Haapoja’s large scale installation work, writing and political projects investigate the mechanics of othering with a specific focus on issues arising from the anthropocentric world view of western modernism. Haapoja represented Finland in the 55 Venice Biennale with a solo show in the Nordic Pavilion (2013) and her work has been exhibited widely in solo and group shows around the world. Haapoja contributes to journals and publications internationally, and she is the co-editor of The Helsinki Effect – Public Alternatives for Culture Driven Development (ed. Terike Haapoja, Andrew Ross, Michael Sorkin, 2016), Altern Ecologies – Emergent Perspectives on the Ecological Threshold in the 55. Venice Biennale (Ed. Haapoja & Elfving 2015), History According to Cattle (History of Others, 2015), Field Notes – From Landscape to Laboratory (Ed. Beloff, Berger, Haapoja, 2011), among others. She is an experienced lecturer and has given invited presentations and keynotes in the programs of Creative Time Summit, Documenta, Venice Biennale, ZKM Karlsruhe, Elia Conference, ISCP, among many others.