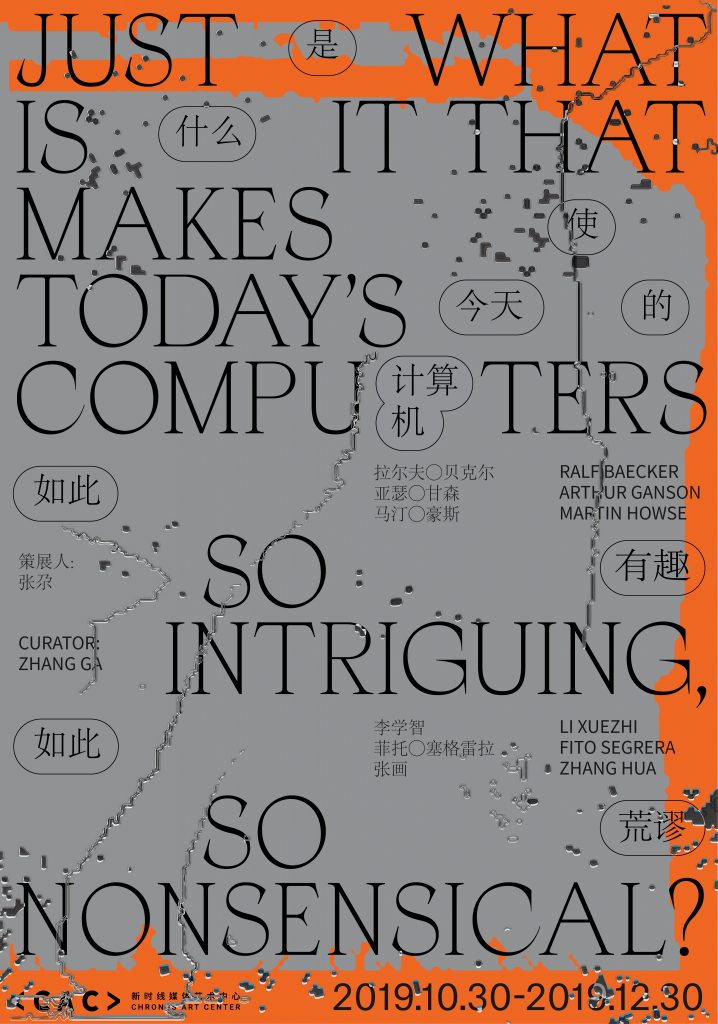 Just What Is It That Makes Today’s Computers So Intriguing, So Nonsensical?

Chronus Art Center is pleased to announce the presentation of a new exhibition titled Just What Is It That Makes Today’s Computers So Intriguing, So Nonsensical? featuring works by artists Ralf Baecker, Arthur Ganson, Martin Howse, LI Xuezhi, Fito Segrera and ZHANG Hua. The exhibition will open to the public on October 30, 2019 and remain on view through December 30, 2019.

In 1956 London’s Whitechapel gallery mounted a then sensational exhibition entitled This is Tomorrow. "Just what is it that makes today's homes so different, so appealing?,"  a collage which the British Artist Richard Hamilton made based on his installation work in the exhibition in collaboration with fellow artist and architect John McHale and John Voelcker, was not only reproduced as the exhibition’s publicity poster, but also subsequently became the signpost of an era of prolific consumerism and the moniker for its cultural high priest: the Pop Art movement across the Atlantic.

The artist recounted in 1990 his motivation for making the work: “The collage had a didactic role in the context of a didactic exhibition, This is Tomorrow, in that it attempted to summarize the various influences that were beginning to shape post-war Britain. We seemed to be taking a course towards a rosy future and our changing, Hi-Tech world was embraced with a starry-eyed confidence; a surge of optimism which took us into the 1960s.”

Every era has a future. And the future is always now, just like the tested cliché “This is Tomorrow” is always timely and legitimate. If the mid-1950s was earmarked by an anticipatory ethos of techno-cultural capitalism, then the second decade of the 21st century has certainly always already been perceptually susceptible and viscerally inveterate in the insatiable consumption of everything computer. From AR to VR, from Big Data to AI, we are perpetually mired in the maelstrom of the clamor of digital revolution and the encrypted rumblings of the cognitive capitalism. The future is once again now.

The exhibition Just What Is It That Makes Today’s Computers So Intriguing, So Nonsensical?  takes the virtually eponymous title of the work that once epiphanized an era, to call out, via representative works empowered by artistic and critical technologies, a ghost of discontent against the popular, the vogue and the market, to turn the technological utility into the estranged, to disrupt the functional and to usurp the familiar, in order to reflect on and critique the currently pervasive technological popularism hijacked by the corporate and institutional interests and coopted through the indiscriminating promiscuity of art and technology premised on the opportunistic investment of political ambition.

Among the assemblages on display are the whimsical machinery caressing of some kind as encountered by Artificial Intuition and the irritated pedaling thrusts of a sewing machine attempting to emulate the work of an antiquated phonographic apparatus (Genesis). 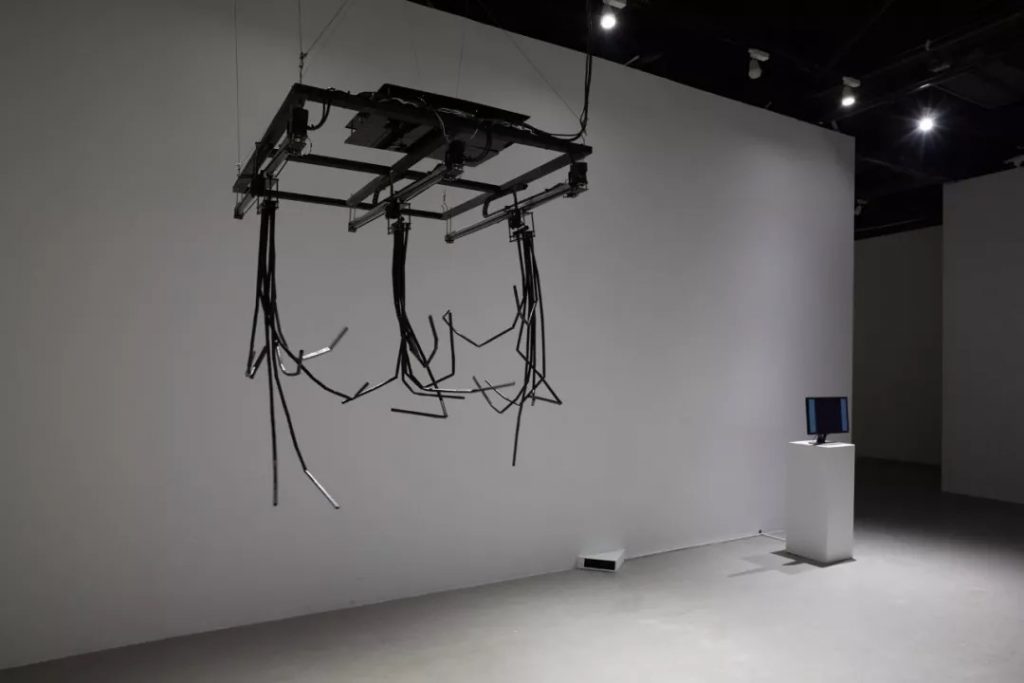 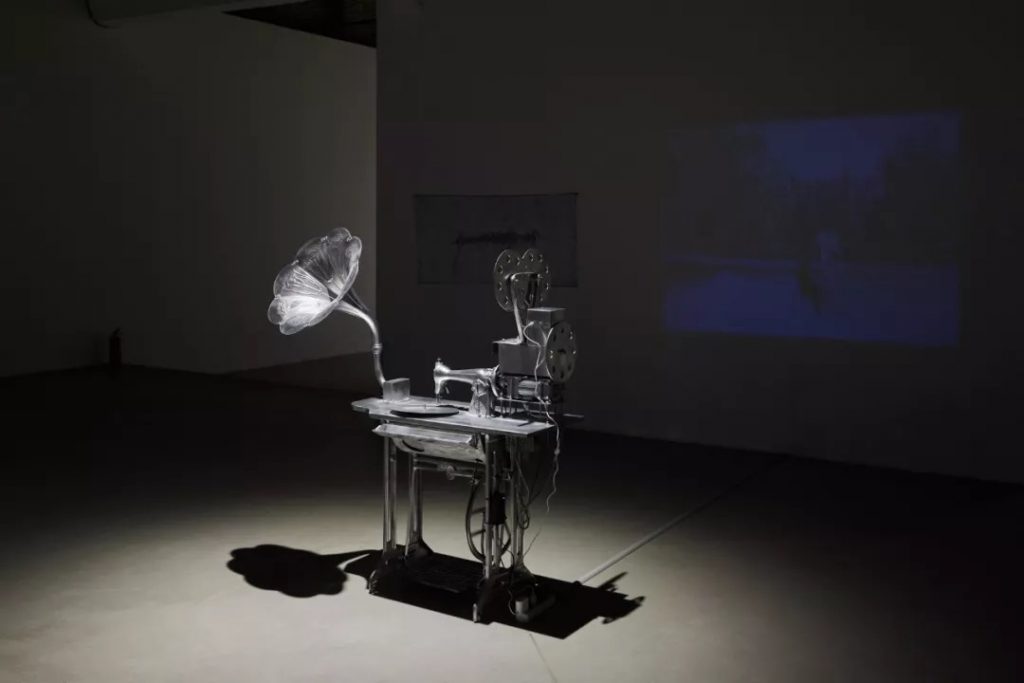 In Test Execution Host, rocks, cyanotype and pumping water make a Turning Machine that is surreal yet effectual; Rechnender Raum does the immaculate deeds of measuring and adapting space with a neural network built of beechwood sticks, rubber bands, fiber strings and servo  motors, turning the logic of a consumer computer inside out; The Form of Becoming is an artificial intelligence so smart that it tirelessly wrestles with its own futile mission of alignment and displacement for a claim of nonhuman wisdom. 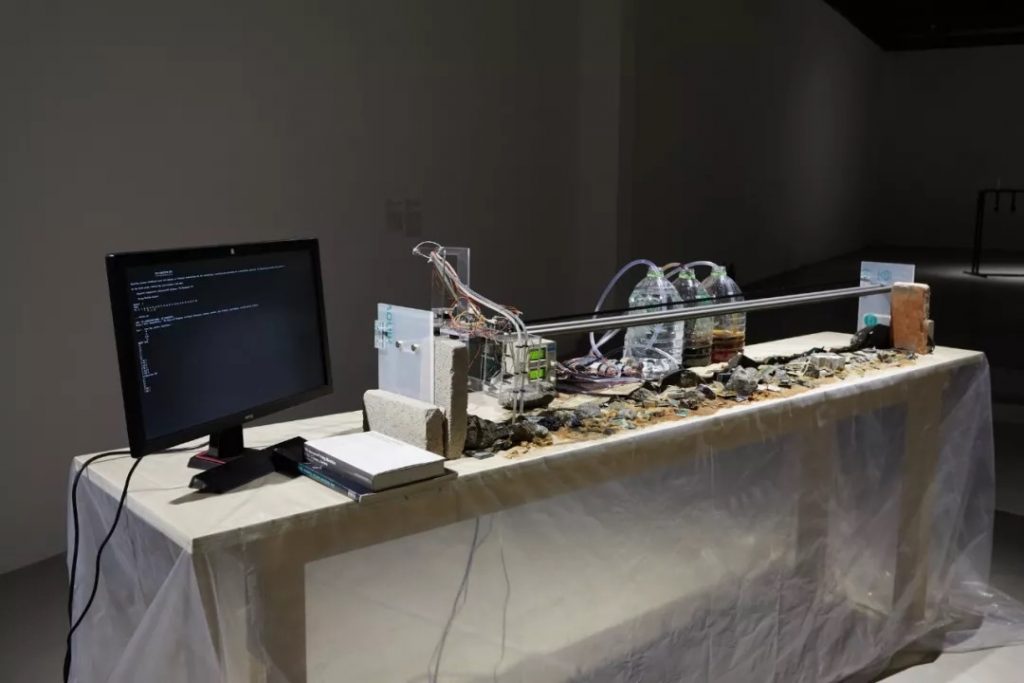 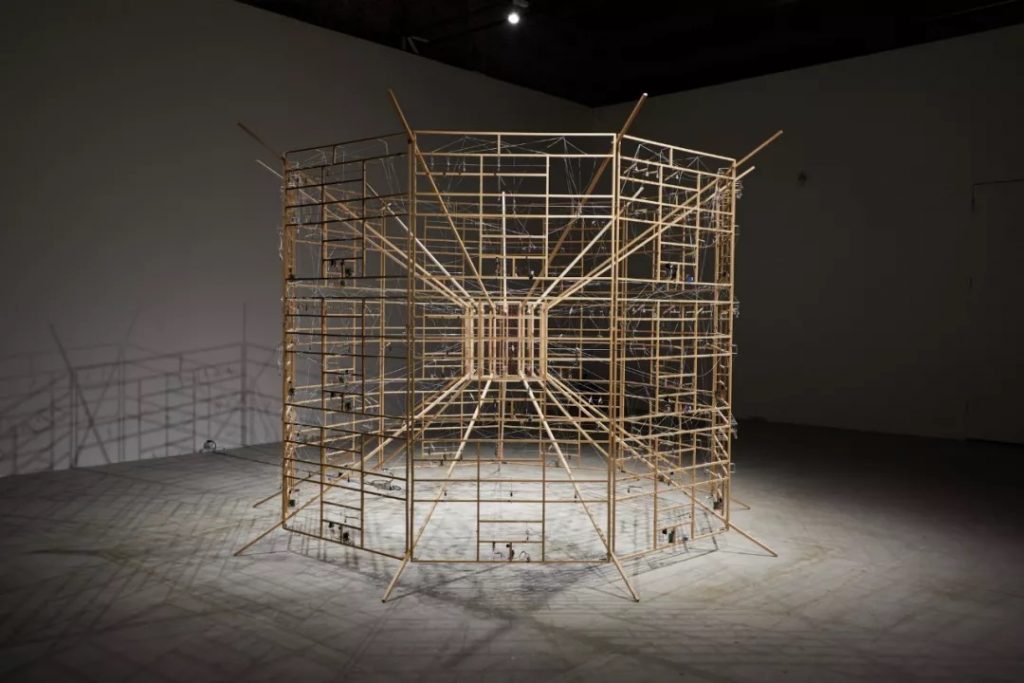 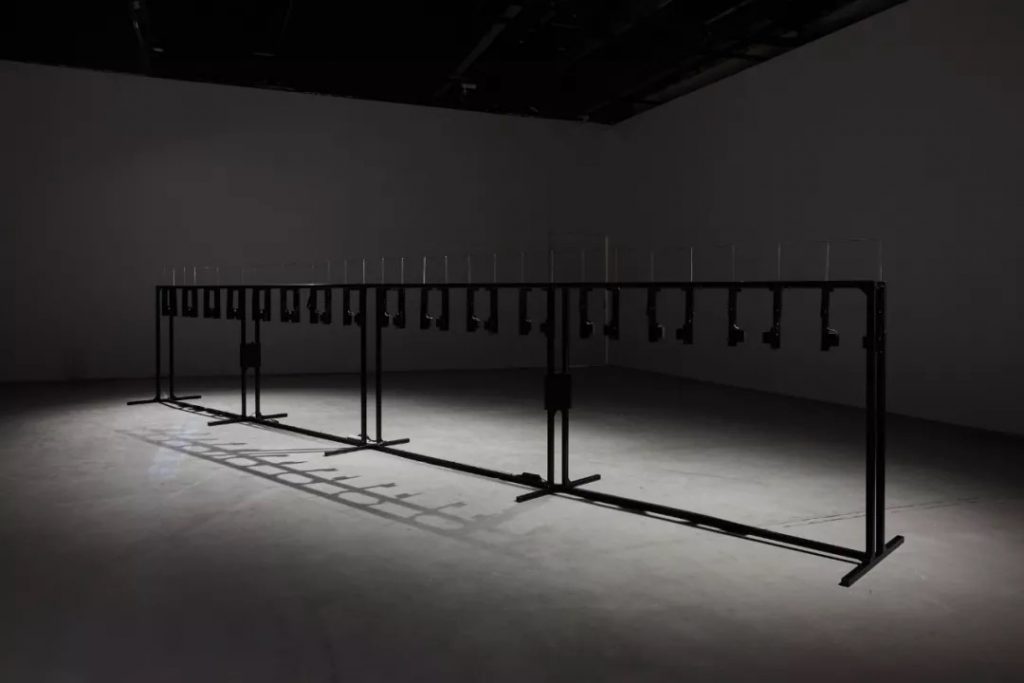 Finally there is the fantastical contraption that attempts to bear witness to the dawn of the universe, Beholding the Big Bang, the exquisite invention designed to rotate by a cycle of 13.82 billion years is as scientifically palpable as phenomenologically unfathomable. 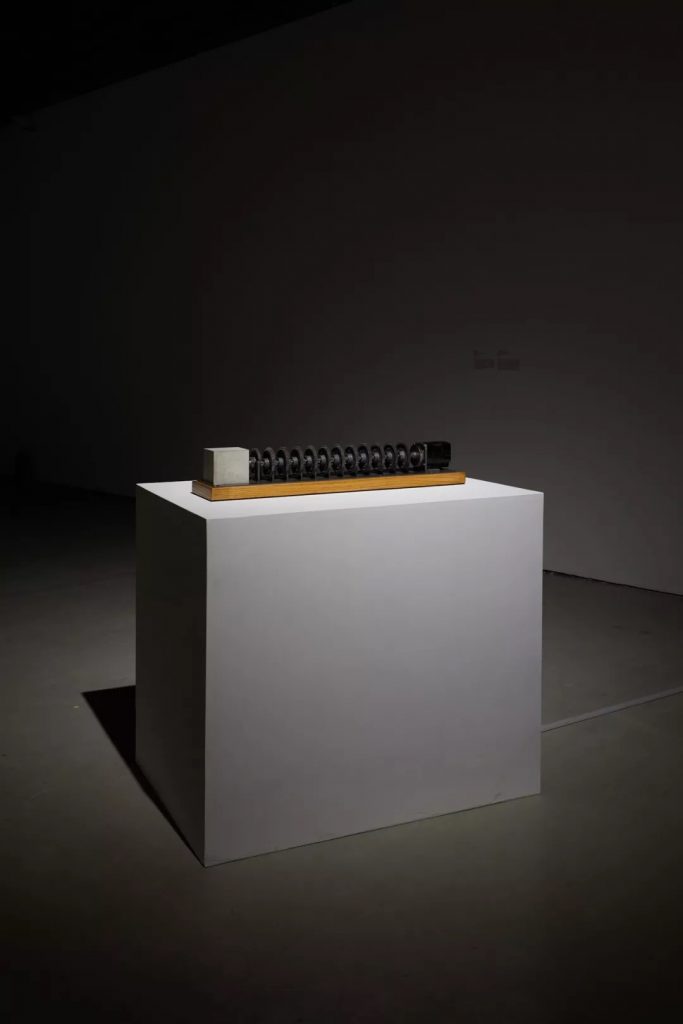 The sometimes senseless actions by and at other moments the perplexing undertakings with and yet again occasionally the agitating temperaments of these computing machines thus have also acquired a vivid life of their own volition.