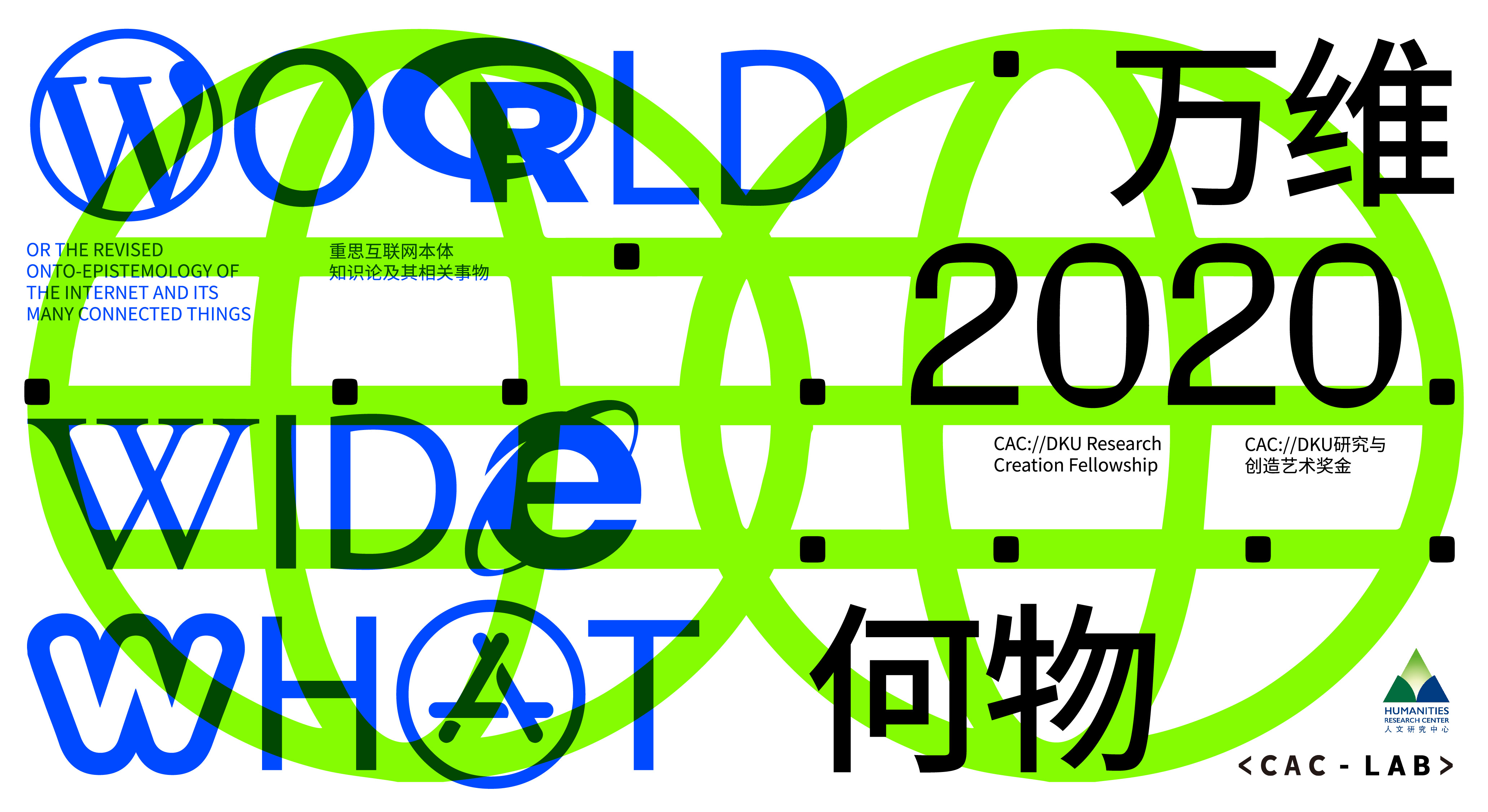 Chronus Art Center (CAC) is pleased to announce that the CAC:// DKU 2020 Research/Creation Fellowship (USD$10,000) has been awarded to the artist GUO Cheng for his project proposal "Wind Verification". Guo will start the 3-month residency program at CAC and DKU.

The first collaborative initiative between Chronus Art Center's Lab and Duke Kunshan University's Humanities Research Center, the Fellowship aims to support and advance research-based artistic practice, with a particular emphasis on practitioners who employ or interrogate technology in the conception and production of their work. The selection was based on the strength of the proposed project, the proposal's relevance to this sessions topic ('World Wide What'), and its feasibility.

GUO Cheng is set to dispute the relationship between the common perception of social media as altered, selective representation of reality, and art as means for collective "peer-review" of the unverified viral, in an attempt to provide alternative visions to what post COVID-19 "World Wide What" could become. Wind Verification draws on the practices of the likes of Giuseppe Penone and Forensic Architecture in an attempt to further legitimize creative practices not only as means for critical inquiry but as potential tools to bring about change.

Wind Verification is conceptually powerful and technologically ambitious. The project’s technical framework ranges from photogrammetry of crowd-sourced footage scraped from mainly Eastern social media, to a physical installation setting that will use fans to recreate 'verified wind' realities. GUO Cheng aims to draw new potential functional purposes for social media and elaborate on a range of tools required for such advances to be achievable.

Wind Verification is a research-creation project based on the virtual anthropological field of social media networks in the context of mass surveillance, which attempts to reproduce the observable but invisible object - wind - in the videos uploaded by social network users in an indoor physical space. The entire installation consists of a flag, a fan set, a screen, a webcam and a control system. The selected short videos with flags are fed to the installation, and the computer vision algorithm of the installation will analyze the state of the flags swinging in the videos, and adjust the fan sets in real time through a feedback loop consisting of the webcam and control system to ensure the flag swinging matches the video, in an attempt to recreate the state of the wind in the digital footage in the physical world. Viewers will get a sensory experience of the wind while watching a short video on the spot. Wind Verification aims to show how the emergence and popularity of short video social platforms such as TikTok and Kwai has led to a subversive shift in the sense that the grassroots can directly participate in the struggle for power to discourse, and the possibilities of bottom-up data analysis and processing. It is also a metaphor for the current era: the digital reality is becoming true reality.

GUO Cheng (b.1988, Beijing), currently lives and works in Shanghai. He was graduated from MA Design Products at Royal College of Art (London, UK) and obtained his BE in Industrial Design at Tongji University (Shanghai, China). His practice mainly focuses on exploring the interrelation between mainstream/emerging technologies and individuals under the context of culture and social life.