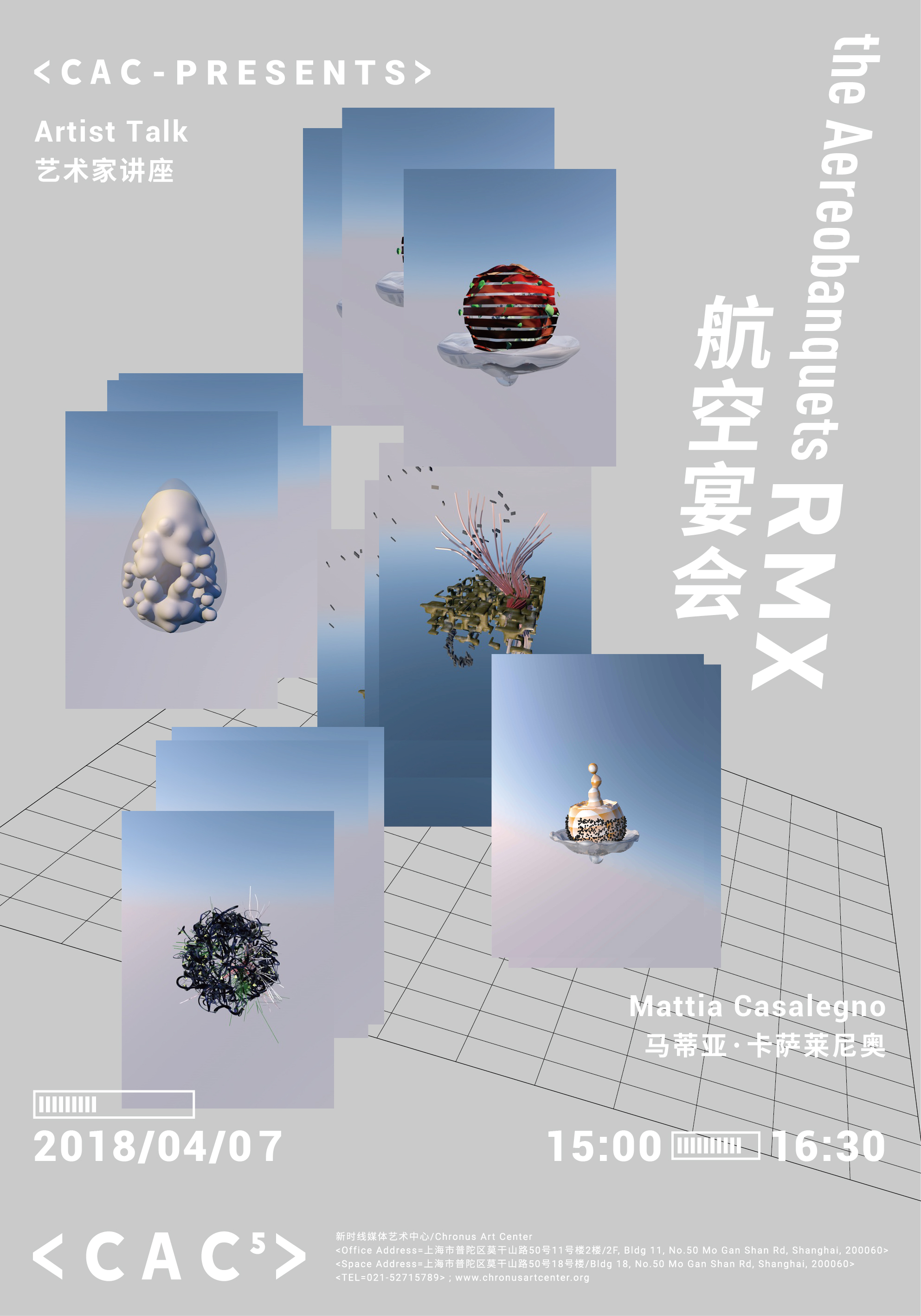 CAC's resident artist Mattia Casalegno will present an artist talk on 7th of April as a prelude to give audiences more clues of the upcoming VR event devised by Casalegno in the following week. By revealing the process of Casalegno's creation, the artist talk will delineate an overview of his residency project The Aerobanquets RMX, supported by the Research/Creation Fellowship.

As an open discourse orienting to artists, curators, designers and professionals in all disciplines engaged to media art, the topics do not only focus on the technical challenges the artist encountered during the project, but also shed light on the idea-ignited book The Futurist Cookbook by Filippo Marinetti. Casalegno will discuss how the Futurist cuisine inspires him to take on the experiment of blending culinary experiences with VR/AR technologies, and how the Futurists’ visionary approach to creativity intersect with today’s contemporary art practices. 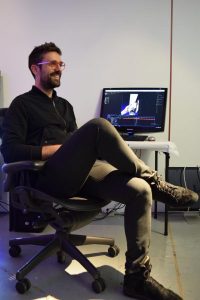 Mattia Casalegno is an interdisciplinary artist, live-media performer and installation artist working in a broad range of media. His multidisciplinary work is influenced by both post-conceptualism and digital art and has been defined relational, immersive, and participatory. His practice explores the effects new media have on our societies, investigating the relationships between technology, the objects we create, our subjectivities, and the modes in which these relations unfold into each other.

He exhibited internationally in various festivals and museums, such as Mutek Festival in Canada, Kuandu Museum of Fine Arts in Taiwan, MADRE and MACRO in Italy, Rome Fashion Week 2010, Cimatics festival and Nuit Blanche in Belgium, Optronica in UK, Le Cube - Contemporary Art Museum in France, OFFF in Spain, AVIT in Germany, Wright Gallery, AxS Festival, YAA Museum and LACMA in US.

His work is featured internationally in publications and catalogues such as “A Touch of Code”, Gestalten Books; “New Media Design”, Sometti; and “Deleuze and Audiovisual Art”, Manchester Metropolitan University, and on media outlets as the Wall Street Journal, Art Tribune, the Creators Projects, Creative Applications, Hyperallergic, Digicult, Art F City, We Make Money not Art, e-artnow.

Nominated to the New Technological Art Awards in 2014 and artist residency at Eyebeam in 2015. He received various grants and fellowships from, among others the CCI - Center for Cultural Innovation, GAI - Young Italian Artists Network, NASCA/NYFA and the Elizabeth Foundation for the Arts. He is adjunct faculty at the Department of Digital Arts, Pratt Institute, and the Computation, Technology and Culture department at the Rhode Island School of Design.