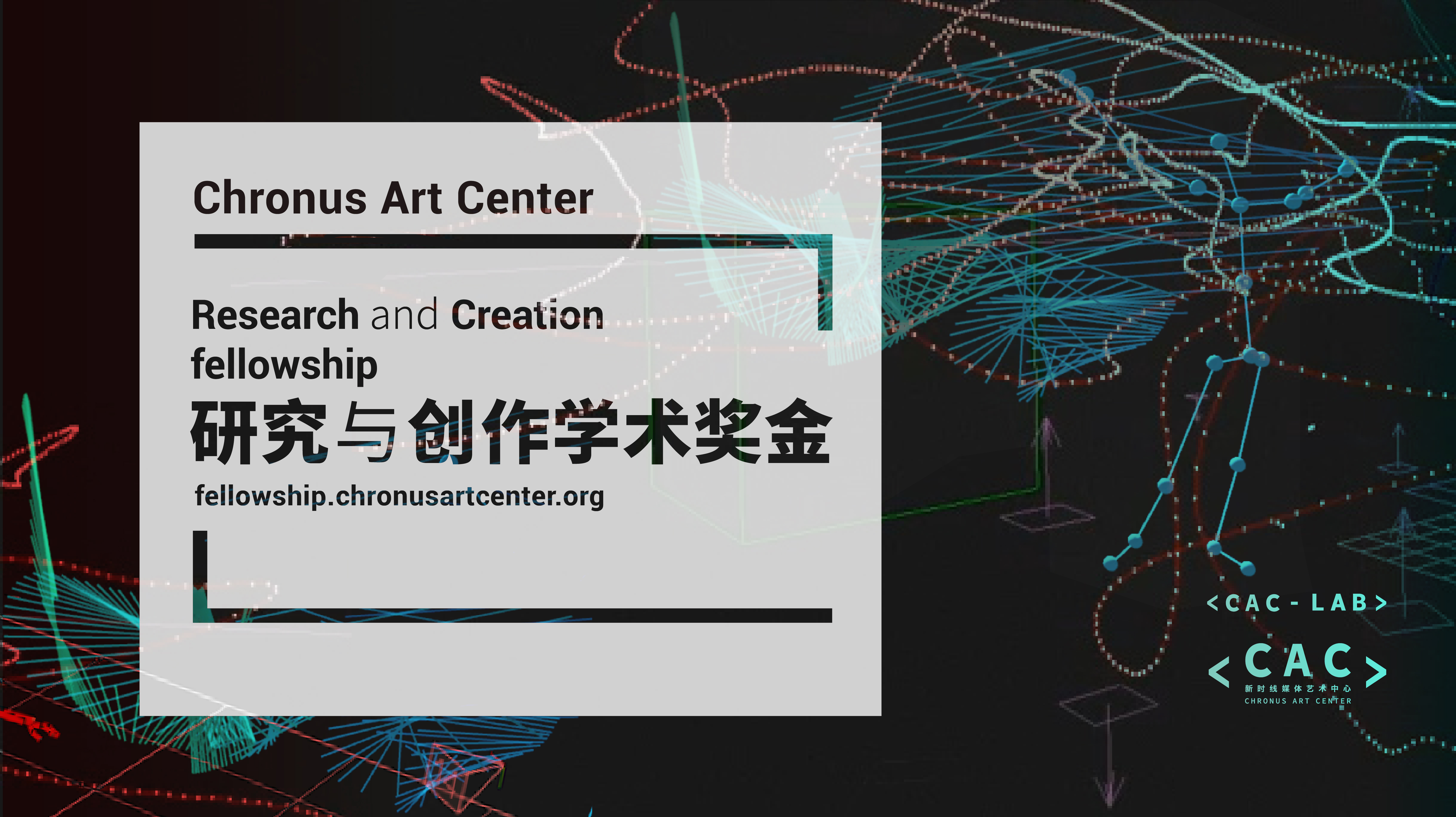 Chronus Art Center (CAC) is pleased to announce that the third Research/Creation Fellowship (USD$10,000) has been awarded to Andrej Boleslavsky for his project proposal “ZhuoMiCang.” The selection was made from a competitive pool of international applications. The jury consists of CAC advisory board members Casey Reas, Chris Chafe,  and Fito Segrera, CAC’s Head of Research and Creation.

Chronus Art Center's fellowship program is conceived to support and advance research based artistic practice, in particular, assisting artists who employ scientific methodologies and technological developments in experiments leading to the conception and production of artworks. The selection was based on the strength of the proposed project and evidence of the candidate’s past accomplishments that demonstrate the potential to advance technical and artistic investigation in relation to CAC's research/creation lines of inquiry.

Andrej Boleslavsky’s project investigates new ludic forms of mixed reality media. By combining an ancient form of game with cutting edge technologies, the project explores different ways perception is distorted and desynchronized when a subject is immersed in a dynamic that merges the physical with the digital; all in one space. The audience is submitted to an experience which seamlessly dissolves the line between the existent and the non-existent within our field of perception.

In addition to the strong conceptual quality and artistic potential that ZhuoMiCang demonstrates, the project also catalyzes the development of an opensource research platform for mixed reality and interactive audiovisual content generation, as well as the integration of this with realtime motion capture systems.

ZhuoMiCang is an experimental mixed reality game for multiple players. The project playfully explores disparity of perception within the real space and a digital space. It is inspired by an old game known to many ancient cultures where a blindfolded player is trying to find its opponents. When successful, the roles switch. 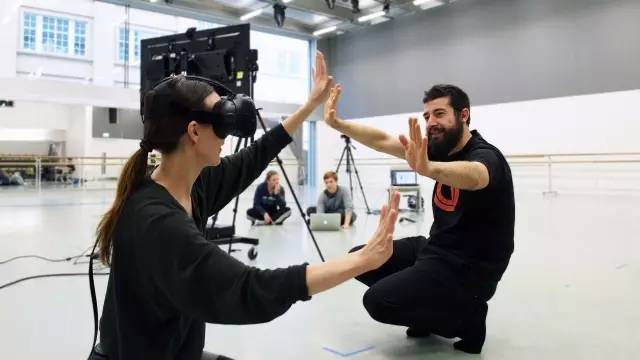 The player is blindfolded by the VRheadset displaying an abstract representaion of the surrounding would mixed with identical visual objects that are simulated or recorded. The goal of the player inside the VR is to identify which of the abstract objects actually belongs to a real person. The goal of the players outside of VR is to stay unnoticed for as long as possible. 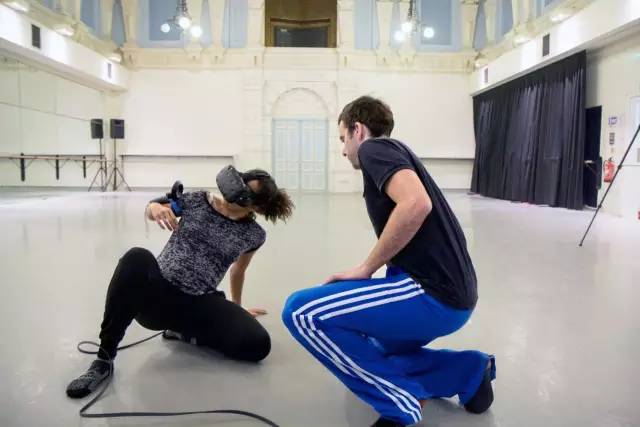 The project investigates in depth the relationship of the real space and virtual space. What do they have in common? How are they connected and where do they disconnect? How does digital technology enhance or suppress our senses? The player in VR could be overloaded by stimuli at one point of the game, in another he or she can gain night vision, when the light in the real space gets turned off, the players outside of VR find himself in darkness unable to see, while the player in VR may not even notice the difference as the motion capture technology works outside of human visible spectrum with its own light sources. 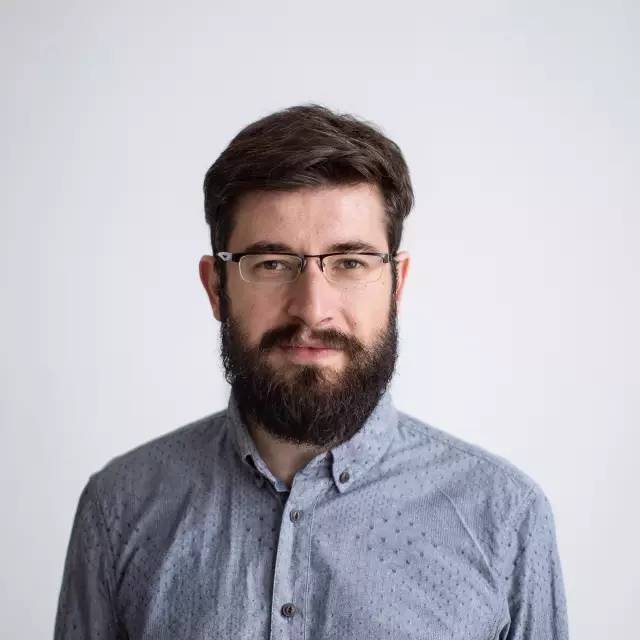 Andrej Boleslavský is an independent artist purposing technology in the fields of new media art, interactive design, physical computing and 3D printing. His work also maintains a strong fascination with the entanglement of nature and technology. He has developed many interactive installations and lectured on open source software, programming platforms VVVV and Arduino. He lately exhibited at Editions of Light Vol.II in Prague, Poolloop festival in Zürich, Signal festival in Prague, Designblok’14 in Prague, 3D print show in New York and WRO festival in Wroclaw. In addition to his work he is actively involved in technological solutions for other Czech and foreign artists, for instance in installation for Expo Milano 2015.

Reas' software, prints, and installations have been featured in numerous solo and group exhibitions at museums and galleries in the United States, Europe, and Asia. He is a professor at UCLA's Department of Design Media Arts and he co-founded Processing, an open-source platform for programming within the context of the visual arts, with Ben Fry in 2001.

Chris Chafe is a composer, improvisor, and cellist, developing much of his music alongside computer-based research. He is Director of Stanford University's Center for Computer Research in Music and Acoustics (CCRMA). At IRCAM (Paris) and The Banff Centre (Alberta), he pursued methods for digital synthesis, music performance and real-time internet collaboration. CCRMA's SoundWIRE project involves live concertizing with musicians the world over. Online collaboration software including jacktrip and research into latency factors continue to evolve. An active performer either on the net or physically present, his music reaches audiences in dozens of countries and sometimes at novel venues. A simultaneous five-country concert was hosted at the United Nations in 2009. Chafe’s works are available from Centaur Records and various online media. Gallery and museum music installations are into their second decade with “musifications” resulting from collaborations with artists, scientists and MD’s. Recent work includes the Brain Stethoscope project, PolarTide for the 2013 Venice Biennale, Tomato Quintet for the translife: International Triennial of New Media Art 2011 at the National Art Musuem of China and Sun Shot played by the horns of large ships in the port of St. Johns, Newfoundland.

<CAC_LAB> is a space dedicated to the inquiry of present-day matters regarding art, design, science, technology and their impact on global contemporary culture and society. Through artistic practice, technological tools and research methodology, we enable creative processes that result in works of art of high production and academic value. <CAC_LAB> is a space of flux which encourages artistic practice as a generator of new knowledge, a territory where art and science converge into a contemporary and experimental field of academic research; free from main stream cultural thought, technological stress and economical diversions.

This Fellowship is a chance for international artists and researchers to engage and learn from the art, technological and entrepreneurial communities of Shanghai. The selected Fellow will be offered a total amount of USD$10,000 for a 3 month deep-immersion period; including artist fees, living expenses, materials and exhibition production. In addition our lab facilities and tools are available for the fellow's needs; these include but are not limited to: Laser-cutter, bandsaw, sander-belt, press drills, all sorts of hand tools, a variety of electronic components, arduinos, raspberryPis, an oculus rift DK2 headset, Surface Mount Infrared soldering, soldering irons and other prototyping tools.

For international Fellows, CAC is happy to provide necessary paperwork and advice to help expedite the process of securing his/her visa, travel and accommodation in Shanghai whereas all the expenses will be covered within the amount of the fellowship.

During the 3-month program, CAC will work closely with the selected Fellow to see his/her project realized and offer program support in developing work for performances, events, seminars, exhibitions, or other public and educational programming during the term of the Fellowship. CAC will also facilitate joint presentations alongside community partners, host conversations with the artists and display works in progress; revealing the creative process as it happens.