Chronus Art Center (CAC) is pleased to announce that the fourth Research/Creation Fellowship (USD$10,000) has been awarded to Mattia Casalegno for his project proposal The Futurist Aerobanquets RMX. The selection was made from a competitive pool of international applications.

Chronus Art Center's fellowship program is conceived to support and advance research based artistic practice, in particular, assisting artists who employ scientific methodologies and technological developments in experiments leading to the conception and production of artworks. The selection was based on the strength of the proposed project and evidence of the candidate’s past accomplishments that demonstrate the potential to advance technical and artistic investigation in relation to CAC's research/creation lines of inquiry.

Mattia Casalegno’s project investigates new forms of augmented virtuality media. Inspired by the multi-sensorial dinners described in the 1932’s The Futurist Cookbook by Italian artist Filippo Marinetti, the project explores novel ways in which food consumption can be approached through the technological transformations of modernity.

In addition to the strong conceptual quality and artistic potential that Casalegno’s proposal demonstrates, the project also catalyzes the development of opensource research tools for participatory AR, VR, and interactive audiovisual content generation, as well as the integration of this with realtime motion capture systems.

The Futurist Aerobanquets RMX is a series of public events consisting of immersive, multi-sensorial dinners inspired by the fictional ‘banquets’ described in the 1932’s Futurist Cookbook by Italian artist Filippo Marinetti.

Food is vital and it has been a part of daily rituals since the beginning of time. Throughout the history, participatory nature of eating allowed communities and cultures to thrive. Around dinner tables and banquets, stories are shared, special moments are celebrated and personal relations are forged. Every society and era has a distinctive way of preparing and consuming food, and the Futurist were among the first visionaries to envision novel ways to approach food based on the technological transformations of modernity. The Futurist Aerobanquets RMX aims to investigate how contemporary technologies might revolutionize food consumption in the near future.

At the current stage of its development, virtual/mixed reality is mainly used for introspective and solitary experiences, while we aim to develop deeper narratives focused around the act of sharing a meal that are participatory, communal and relational, and to explore how embodiment and memory can influence how one experiences food.

Previous works of the artist: 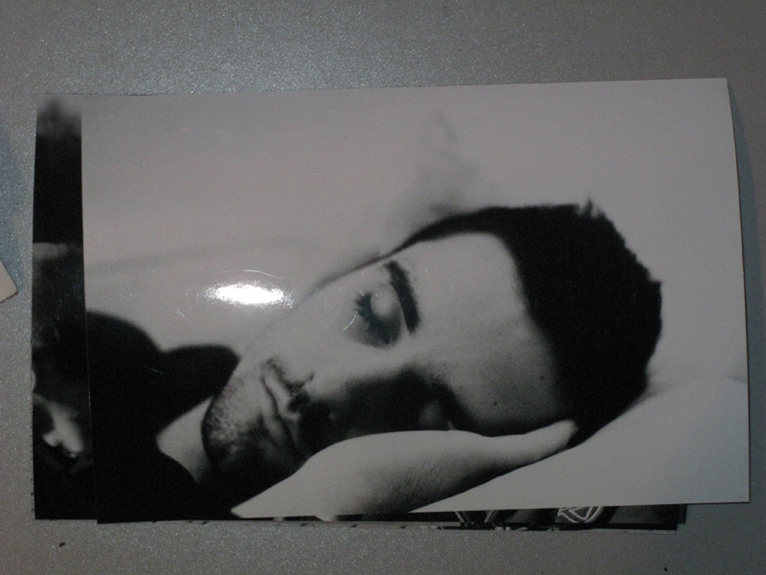 Mattia Casalegno is an interdisciplinary artist, live-media performer and installation artist working in a broad range of media. His multidisciplinary work is influenced by both post-conceptualism and digital art, and has been defined relational, immersive, and participatory. His practice explores the effects new media have on our societies, investigating the relationships between technology, the objects we create, our subjectivities, and the modes in which these relations unfold into each other. He is exhibited internationally in various festivals and museums, such as Mutek Festival in Canada, Kuandu Museum of Fine Arts in Taiwan, MADRE and MACRO in Italy, Rome Fashion Week 2010, Cimatics festival and Nuit Blanche in Belgium, Optronica in UK, Le Cube - Contemporay Art Museum in France, OFFF in Spain, AVIT in Germany, Wright Gallery, AxS Festival, YAA Museum and LACMA in US. His work has been featured internationally in publications and catalogues such as A Touch of Code, Gestalten Books; New Media Design, Sometti, and Deleuze and Audiovisual Art, Manchester Metropolitan University, and on media outlets as the Wall Street Journal, Art Tribune, the Creators Projects, Creative Applications, Hyperallergic, Digicult, Art F City, We Make Money not Art, e-artnow. He holds an MA in Communication Studies from La Sapienza University in Rome and MFA in Design and Media Arts from UCLA. Nominated to the New Technological Art Awards in 2014 and artist in residence at Eyebeam in 2015. He received various grants and fellowships from, among others the CCI - Center for Cultural Innovation, GAI - Young Italian Artists Network, NY Foundation for the Arts, The Elizabeth Foundation for the Arts, AV Node, Elettrowave, DAC - Digital Arts Center Taipei. In 2015, he co-founded the artist space Roomservice in Brooklyn, NY, and is currently visiting professor at the department of Digital Arts, Pratt Institute and Rhode Island School of Design in US.

<CAC_LAB> is a space dedicated to the inquiries about art, design, science and technology and their impact on global contemporary culture and society. Through artistic practice, technological development and research methodology, <CAC_LAB> seeks to enable creative processes that result in works of art of high production and aesthetic value. <CAC_LAB> is a space of flux which encourages artistic practice as a generator of new knowledge, a territory where art and science and technology converge into an experimental field of interdisciplinary research; free from dominant cultural establishments, technological overload and economical biases.

This Fellowship is a chance for international artists and researchers to engage and learn from the art, technological and entrepreneurial communities of Shanghai. The selected Fellow will be offered a total amount of USD$10,000 for a 3 month deep-immersion period; including artist fees, living expenses and materials. In addition our lab facilities and tools are available for the fellow's needs; these include but are not limited to: Laser-cutter, bandsaw, sander-belt, press drills, all sorts of hand tools, a variety of electronic components, arduinos, raspberryPis, an oculus rift DK2 headset, Surface Mount Infrared soldering, soldering irons and other prototyping tools.

For international Fellows, CAC is happy to provide necessary paperwork and advice to help expedite the process of securing his/her visa, travel and accommodation in Shanghai whereas all the expenses will be covered within the amount of the fellowship.

During the 3-month program, CAC will work closely with the selected Fellow to see his/her project realized and offer program support in developing work for performances, events, seminars, exhibitions, or other public and educational programming during the term of the Fellowship. CAC will also facilitate joint presentations alongside community partners, host conversations with the artists and display works in progress; revealing the creative process as it happens.