LA DISPERSION DU FILS is the third artwork to be shown on AVIE from 20th June to 9th July, in our current show - Jeffrey Shaw and Hu Jieming Twofold Solo Exhibition.

La Dispersion du Fils extends the experiences conducted by Jean Michel Bruyère and LFKs around the Tragedy of Actaeon since 1999. It proposes to enter in the stomach of Harpyia, one of the fifty hounds of Actaeon, just after that the hunter who found naked Diana bathing had been killed, scattered and devoured by his own horde, as he was confounded with the prey. For the audience, La Dispersion du Fils is an endless journey in a half-organic, half-cosmic world, perpetually shaken and changing, only constituted by the chaplos of the memory-images of Actaeon, as the enraged dog is filled with them and run an errand in the Canicula. Even though La Dispersion du Fils is made only from films and filmed images, there was no shooting, as it exploits almost all the films that Jean Michel Bruyère has conceived and directed for LFKs on the tragedy of Actaeon in the last ten years. A great amount of footage has however been re-edited for the occasion by Delphine Varas with a new soundtrack created by Thierry Arredondo, and here are more than 500 films that constitute the material of La Dispersion du Fils, organized in canine intestines, in sidereal beast, and in asteroid rain by Jean Michel Bruyère and Matthew McGinity, who was the software engineer of the AVIE system.

Jean Michel Bruyère (FR), writer, director, sculptor, photographer, is the founder of the international collective LFKs, a transdisciplinary group of artists and intellectuals from over 16 different countries ased in Marseille.

Matthew McGinity (AU) is a computer scientist specialising in immersive and interactive real-time systems. His work includes the iCinema projects T_Visionarium and La Dispersion du Fils and the AVIE 360°panoramic virtual reality theatre. He is currently based in Berlin.
Delphine Varas (FR) since 2002 is member of the collective LFKs. She is a video editor and is responsible for the postproduction of the films realized by Jean Michel Bruyère and his group. She is also a performance artist and documentary filmmaker, and has created the database of the group on the music of Black Protest and Black Power.
Thierry Arredondo (FR) is musician, singer, composer and performer. He is member of the collective LFKS since 1988. He is engaged in sonoric and vocal research. He is the earliest and one of the most close artistic collaborators of Jean Michel Bruyère and composes most of his film music. 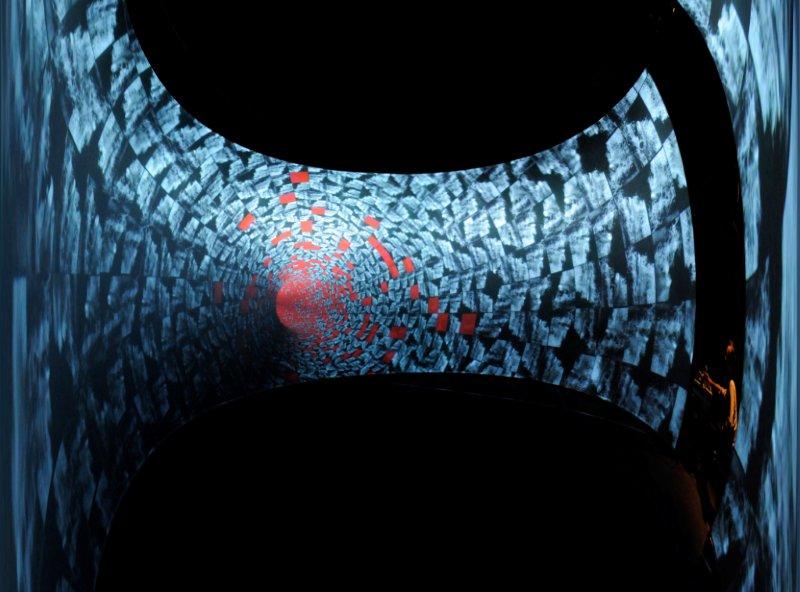