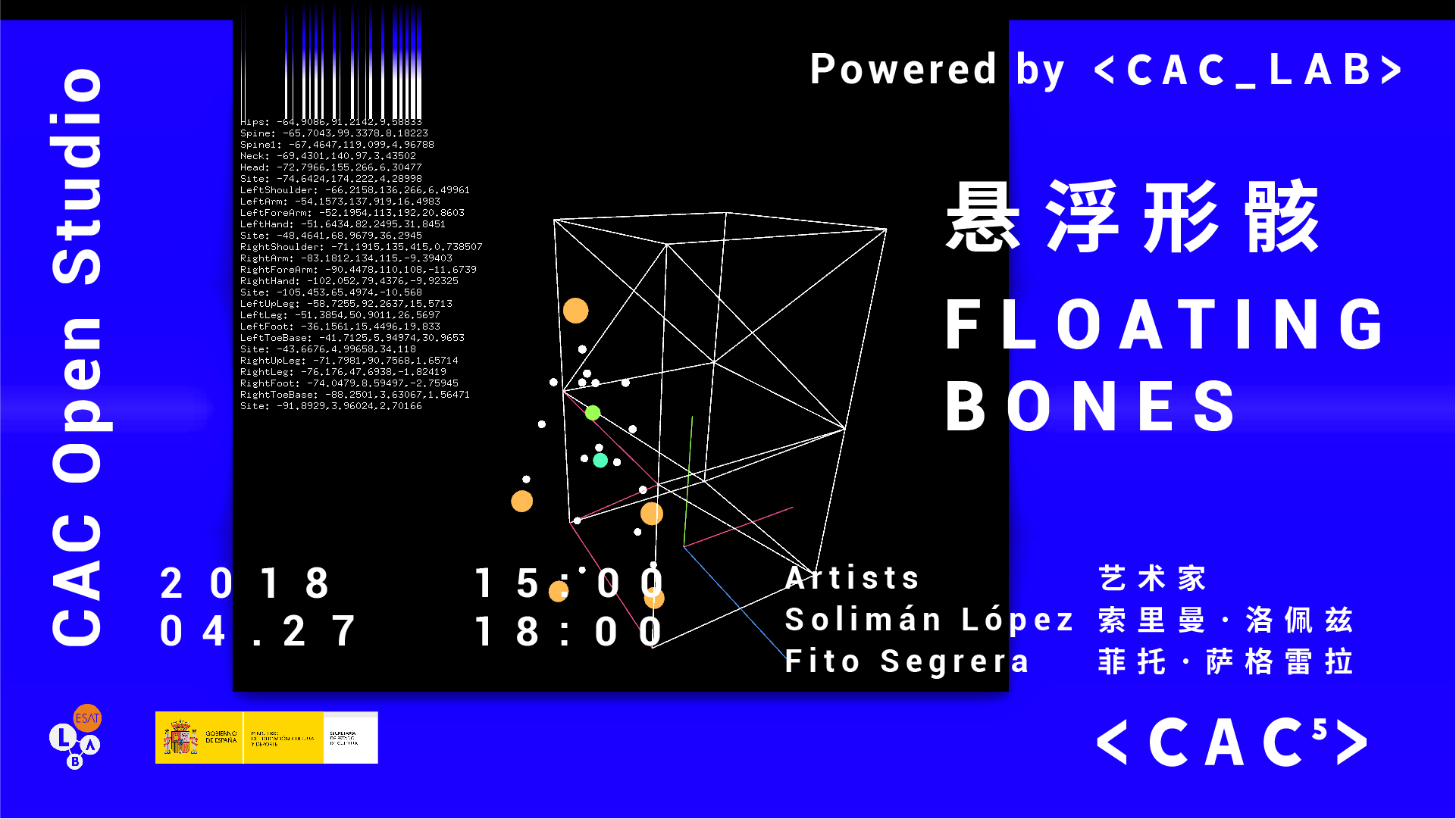 Floating Bones gives name to a group of investigations related with the aesthetic meaning of data obtained from body. Continued from the previous artwork Langpath -- a sculpture in movement translates motion capture data files in BVH (The BioVision Hierachy) format between 4 servers distributed in the North and South Hemisphere, Solimán López collaborates with Fito Segrera during his short-term residency at Chronus Art Center, developing on the project “Floating Bones” with the new recordings of data and its transcription in digital art.

On April 27th, López and Segrera will open the studio to visitors and display the periodic result of their experiments on the collected data with a mix of technologies including the already existing resources at CAC such as laser cutting, video projection, Optitrack and the new equipment Skeleton Motion Tracking system. 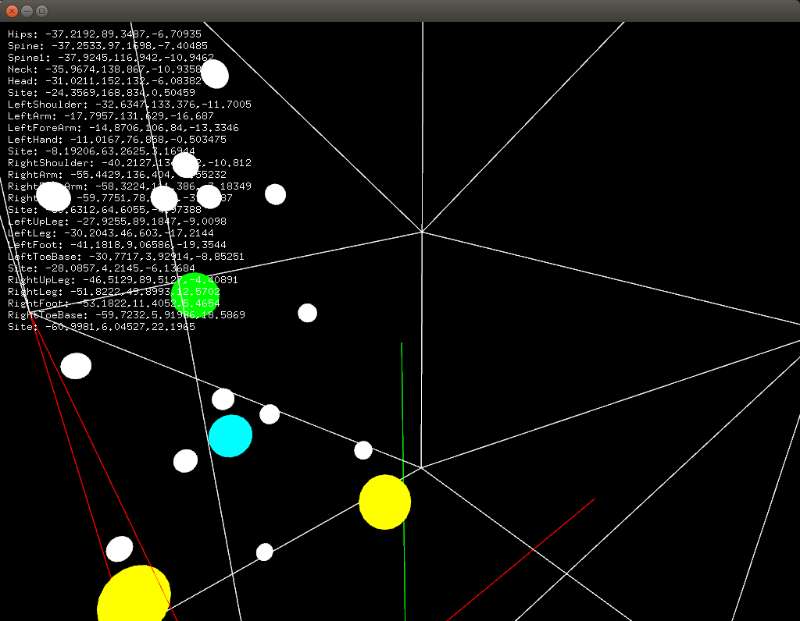 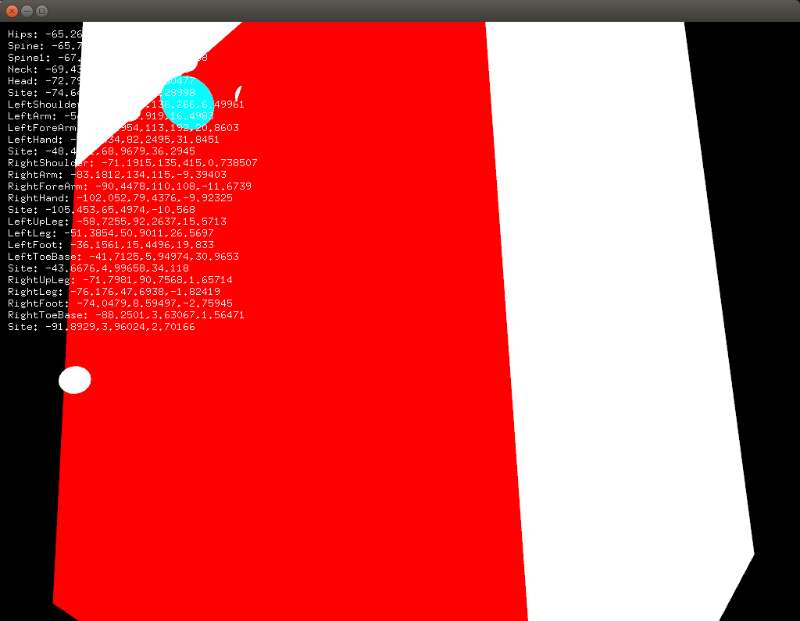 Solimán López (Burgos, 1981 – Spain) BA in Art History and Art and Communication Master, is media artist, researcher, Harddiskmuseum founder and director of the I+D+i Department in ESAT (Escuela Superior de Arte y Tecnología de Valencia). He develops his work and investigation applying and analyzing technology from a conceptual and technical point of view, creating digital art, performances, interactive and multimedia works, investigating the social changes made possible by the technological revolution and the new language proposed by the digital debate. He is well known for the works related with the meaning of digital files. 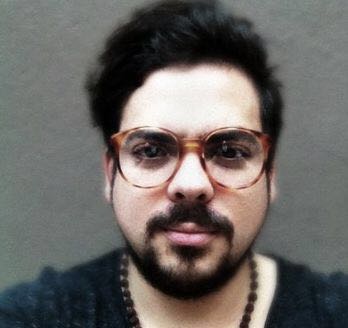